a review of 'palo alto' by justin lockwood 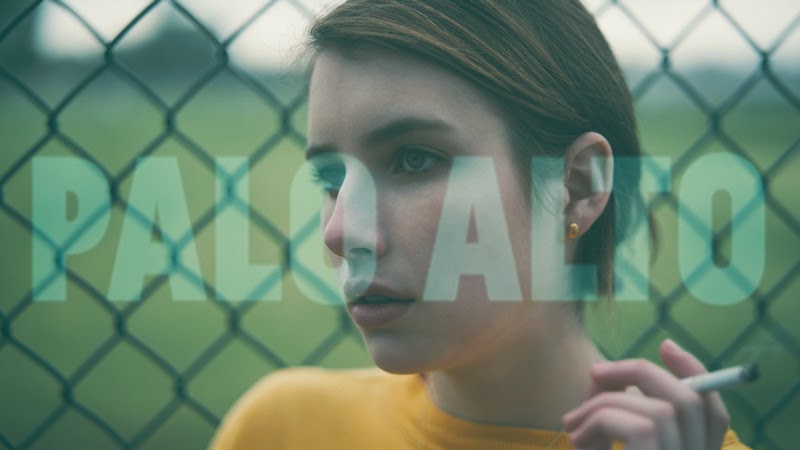 We’ve seen umpteen films and television shows about teenagers at this point, and most of them could hardly be called realistic.  From the suspiciously choreographed prom of She’s All That to the highfalutin verbiage of "Dawson’s Creek," most teen entertainment has been set in a highly stylized fantasy world.

That’s what makes Palo Alto, the debut film from Gia Coppola (that’s right, another one!) so impressive. It’s a “teen movie” that’s down to earth and believable, artfully shot and compellingly acted.  It was one of my picks for the Tribeca Film Festival’s best films—and it may be among the year’s best.

Coppola’s movie is based on a short story collection from James Franco, which has probably elicited groans from some readers.  Yes, his relentless hyphenating career—actor, writer, director, professor—can CSI investigator be far behind?—is a little much.  But he’s extremely passionate about what he does, and his book, adapted by Coppola, makes for an arresting picture populated by credible characters. Emma Roberts, who is fast becoming one of our best young actors, plays April.  From the moment we see this shy, pretty girl posing with sunglasses on her bed (“No one cares what you say, anyway.  You’re fat,” she declares sardonically), we fall in love with her.  She’s an unrequited love object for Teddy (Jack Kilmer), who’s also soft spoken but who has a habit of getting into trouble, usually accompanied by his ne'er-do-well buddy Fred (Nat Wolff of the Naked Brothers Band).  As the narratives of these young characters unfold at an unhurried pace, Coppola crafts a genuine and gorgeously framed slice of life.

The casting is exceptional.  Kilmer, son of Val and Joanne Whalley, had never acted prior to this and it shows: he’s completely natural, without any distracting actor-y mannerisms.  Wolff is a real breakout.  He inhabits his reckless character completely, nailing his familiar combination of bravado and vulnerability. Roberts, following outstanding work in Scream 4, American Horror Story: Coven and now this, should have no shortage of roles to choose from.  Franco himself turns up as April’s lovelorn coach, and is totally unafraid to make his character seem foolish and misguided.  (Maybe because he has firsthand experience romancing underage girls?  Discuss.)

Coppola’s background in fashion and music videos is reflected in her keen visual sense.  Working with cinematographer Autumn Durald, she creates a beautiful and grounded film.  The parties, bedrooms, and other hangouts of the characters are vividly evoked.  An eclectic soundtrack, featuring the likes of Blood Orange and Jason Schwartzman (himself a Coppola cousin), enhances the effect.

As Palo Alto neared its conclusion, I was afraid that Something Bad was going to happen, a big tragedy meant to end this portrait of contemporary youth on a heavy-handed note.  Then—spoiler alert!—it didn’t happen.  The characters continued on their way, some headed for connection, others, potentially, for misfortune.  As Coppola’s movie fades to black, we’re left with something uncommon in cinema these days: the ability to think for ourselves.  Palo Alto is an intelligent, fantastically entertaining movie.


Think I’m spot on, or full of it? Drop me a line at justin.lockwood@gmail.com