a review of 'venus in fur' by justin lockwood 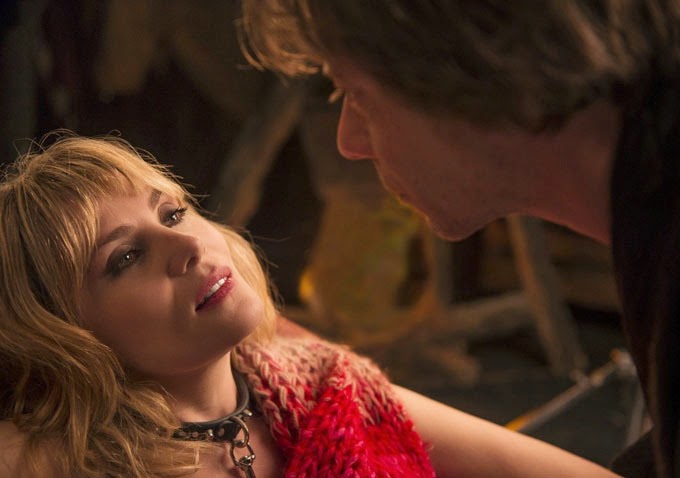 It’s a testament to Roman Polanski’s talent as a filmmaker that his latest film, Venus in Fur, escapes the stage-bound pitfalls of so many theatrical adaptations despite a set-up that’s as stagey as they come. The 81 (81!)-year-old auteur proves he can still make dynamic and involving cinema with this erotically charged character piece, which played the Tribeca Film Festival after opening in Polanski’s native Poland last year.

The film opens ominously as the camera tracks through rainy streets on its way to an old fashioned theater. There, a harried director (Mathieu Amalric) is telling an associate how disappointing the auditions for his play, Venus in Fur, have been. Dozens of actresses tried out for the lead role of Vanda but none were up to snuff. Then she enters: a beautiful, provocatively attired older woman (Emmanuelle Seigner) who got lost on her way to the audition and is disappointed to have missed it. When Amalric decides to give her a shot, he’s surprised to find that she somehow got a hold of the complete script, knows it forward and back, and plays the character like she was born to. Her name? Vanda, of course.

I’d never seen David Ives’ 2010 play, which he adapted with Polanski, but based on this film it’s a magnificent scenario. It’s equal parts sociopolitical debate, offbeat love story, and erotically charged cat and mouse game. With Amalric and Seigner the only two human beings in the entire production, Venus in Fur is hugely dependent on their performances, and they don’t disappoint.  Seigner, in particular, is a revelation. She’s stunningly beautiful, suggesting a cross between Michelle Pfeiffer and Prometheus’ Noomi Rapace, and her age adds extra intrigue. The camera loves her, and Amalric’s growing obsession with her is all too easy to understand. Amalric does a terrific job with perhaps the tougher of the two parts. He has to convey his character’s hidden psycho-sexual longings and take him on a journey from standoffish director to enraptured participant, and he does so magnificently.

Polanski clearly directed his leads ably; the sexual heat between them is palpable and electric. The script provides some real insight into kink, particularly dominant and submissive behavior, with empathy and eroticism. Polanski uses considerable visual flair to make this story even more gripping. The use of light on the stage is integral to the plot and adds much to the feel of the film, and deft use of sound effects to replace the actors’ invisible props is another nice touch.

The main quibble I had with Venus in Fur was the ending, which was ultimately too ambiguous and anti-climactic. A more forceful denouement would have made this a masterpiece. As is, it’s a mostly satisfying, very sexy actors’ showcase from a master filmmaker who clearly has the energy to add more to his cannon.

Posted by MrJeffery at 1:43 PM