yawnzilla: a review by justin lockwood 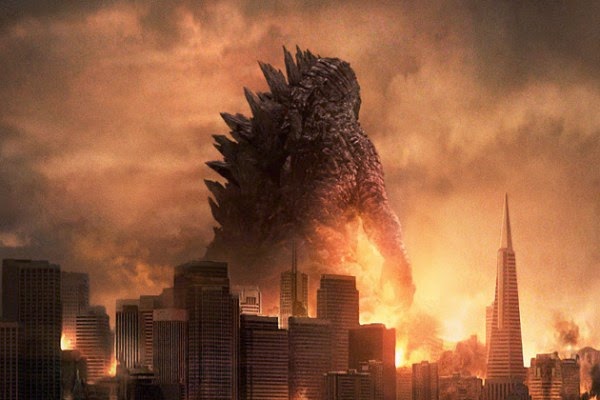 Anticipation’s been high for Godzilla, a prestigious-looking reboot directed by Monsters auteur Gareth Edwards and starring critical darling Bryan Cranston.  Having seen the movie, I can confidently say… it’s a let-down.

Many great elements are in place.  The special effects, headed up by the Lord of the Rings team, are terrific. Cranston is joined by other fine actors like David Strathairn and Ken Watanabe.  The movie takes its time setting up characters before getting to the monster: big G doesn’t even show up for at least thirty minutes. The action sequences, when they come, are realistic and well realized. 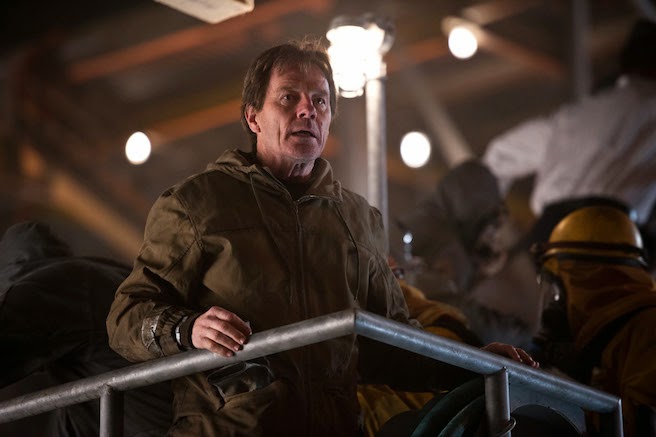 But in the end, Godzilla is both shallowly scripted and not nearly enough fun.  Things kick off strikingly with a prologue in which Cranston’s Joe loses his wife (a haggard-looking Juliette Binoche) in a tragic meltdown at a nuclear power plant.  Fifteen years later, Joe’s become obsessed with uncovering the truth behind the tragedy, while son Ford (Aaron Taylor-Johnson) has entered the Navy and started a family of his own.  The two are estranged until the Japanese consulate calls to inform Ford that his dad’s been arrested. 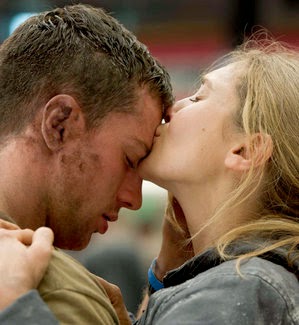 The two team up and return to the accident site, which soon leads to globe hopping intrigue involving giant irradiated monsters and massive destruction, while Ford’s wife (Elizabeth Olsen) and young son wait anxiously at home in San Francisco.  The problem is that Cranston makes a big impression—he imbues Joe with at least as much intensity as his "Breaking Bad" character—and then disappears from the film.  His death not only deprives Godzilla of its best character, but stops an interesting story arc between father and son in its tracks.  The focus then shifts mostly to Taylor-Johnson, whose paper thin character does him no favors.  The hunky actor, so appealing in Kick Ass, is pretty much wasted.  He and Olsen have good chemistry, but the film then keeps them apart; the desire to see them predictably reunited is the only emotional investment the story elicits.  Watanabe’s Dr. Ishiro Serizawa exists primarily to explain the creatures and make obvious pronouncements like “The arrogance of man is thinking nature is in our control, and not the other way around.”  Yawn. 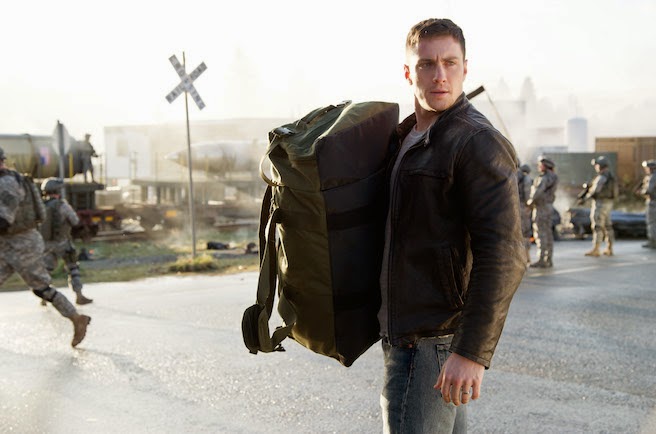 None of this would matter much if Godzilla delivered slam bang action set pieces.  But it only half accomplishes that.  There are some cool set-ups, like a rainy showdown on the Golden Gate Bridge and a suspense routine on a train track that Spielberg would have had fun with.  Frequent POV shots manage to convey just how horrifying it would be to actually find yourself in these larger than life situations.  There are even occasional flashes of humor, like Elvis crooning “The Devil In Disguise” while beasties storm through Las Vegas.

I chalk some of this up to something I’ll call the Dark Knight effect.  Ever since Christopher Nolan’s Batman trilogy won critical acclaim and worldwide box office, every franchise film wants to ape its darkness and realism.  The Amazing Spider-Man tried to turn wisecracking, affable Spidey into a grim, tormented type and sapped out much of the fun.  Man of Steel was a drab, heavy-handed Dark Knight wannabe that failed to approach the lighter Supes on his own merits.  Add Godzilla (2014) to the list of misguided “serious” reboots.  Say what you will about Roland Emmerich’s 1998 redux, but at least it went out of its way to be entertaining and fun.  If this film spawns a sequel—and based on last weekend’s opening take, it will—the filmmakers would do wise to remember why we go to see these movies in the first place: to see big monsters wreck stuff and fight.  As for the rest of the “human interest” shtick: a little bit goes a long way.

-Justin Lockwood
Posted by MrJeffery at 9:18 AM