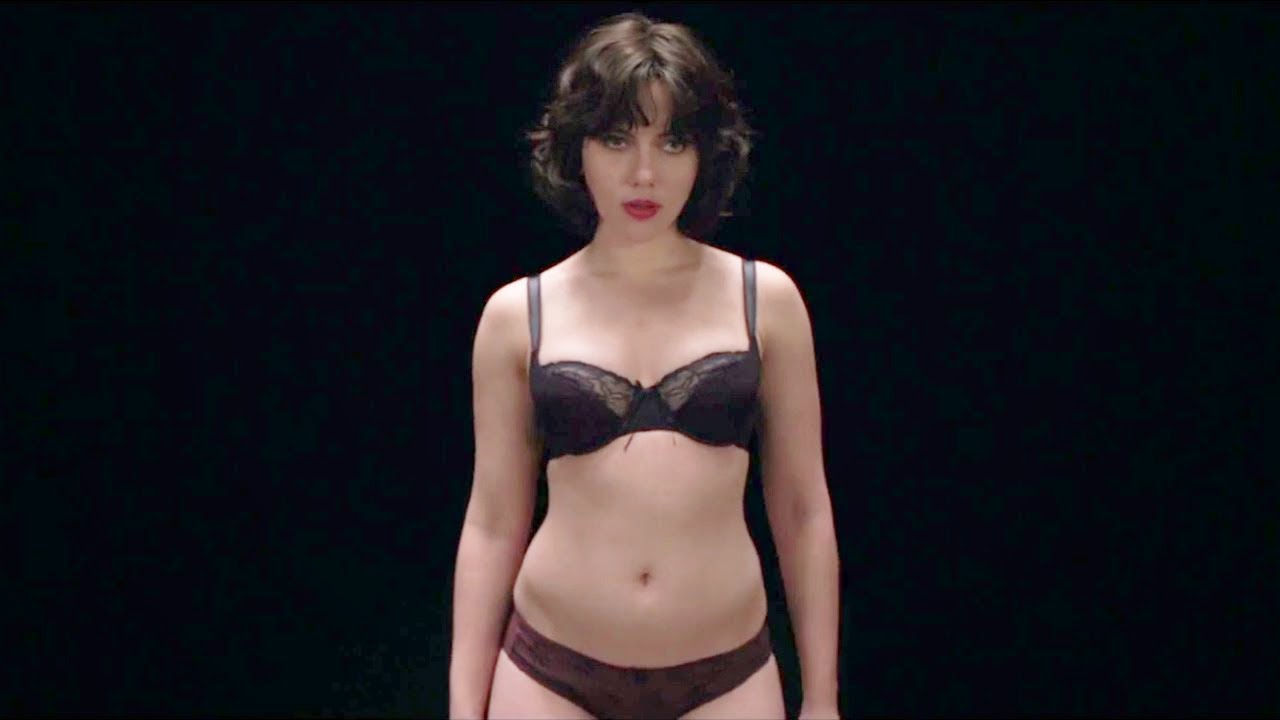 Jonathan Glazer's Under the Skin is like a wet nightmare. Set in drizzly, perpetually overcast Glasgow, mysterious Scarlett Johansson acts as our tour guide, driving and meandering about countryside, castles, deep woods and also clusters of modern malls, bland housing complexes and pulsating discotheques.  It's a bit unclear what exactly Johansson's character is--perhaps an alien lifeform.  We watch her allure men to a dreamy, watery other-world within a rustic flat. Supposedly Glazer secretly filmed the film's extras, which explains how authentic and interesting they are--a sea of unique faces and an array of body types unusual to see depicted in movies these days.  The scientific observational but also humanistic feel of these sequences brought me closer to the main character's odd dance between mechanic and sympathetic. While the imagery of Johansson is quite captivating--her black bob, put-upon accent, and full red lips--she also composes an unsual being that feels immediate. The film is mostly an atmospheric and hypnotic chiller, like Glazer's last picture Birth, with a terrific brittle string score by Mica Levi (his first!). I appreciated the ambivalence of the film and can understand the meaning in its repetitiveness but I do think it could have been trimmed slightly as it gets a bit wearying towards the finale.  Like the city itself, Under the Skin feels like an old, ancient horror story with newer stylistic choices encroaching upon it. *** 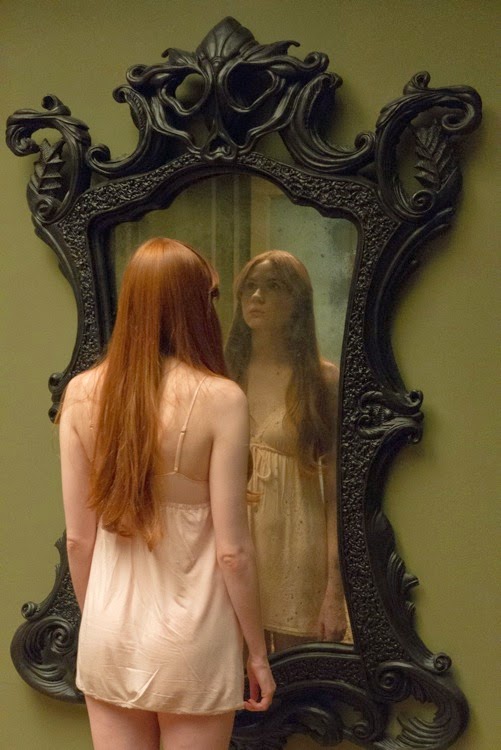 Oculus (not to be confused with the virtual reality machine) is an original, surprisingly solid horror flick. Mirrors have long been a source of creepy thematic imagery--I'm thinking especially in 1945's Dead of Night.  The curled-edged antique monstrosity with a long, menacing history in Oculus hangs on the wall of an office in a suburban home in the early 2000s. The film follows the home's children, ambitiously cutting between present day and a traumatic past. I can't commend the movie's awkward, uneven acting, but kudos to the trickery and dark-natured humor (it quietly lampoons suburbia and soon-to-be-obsolete high-tech gadgetry) Mike Flanagan (he directed, co-wrote, and also keenly edited) often pulls off. *** 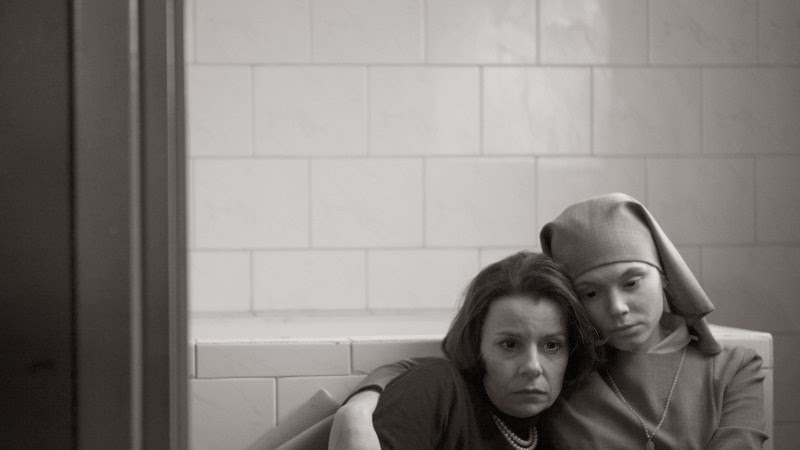 The Polish movie Ida by Pawel Pawlikowski is a quietly powerful piece, gorgeously evoked in the clear-eyed and expressionistic tradition of Dreyer, that hits hard in its concise 80 minutes (I wish more of the overly shaggy movies these days would take this cue).  Set in the earlyish 1960s, a young nun (Agata Trzebuchowska) visits her Aunt Wanda, a judge (Agata Kulesza) and learns that she was born Jewish and her family was murdered during the war.  The film feels slender, like a novella, but not slight and it is beautifully shot (the evocative black and white cinematography is by Lukasz Zal and Ryszard Lenczewski) with unexpected, meticulous cuts (the editing is by Jaroslaw Kaminski).  The soundtrack is an unusual mix of genres and is well-chosen, especially the haunting John Coltrane tune "Naima." With her hardened countenance, dark eyes, and dry humor, Kulesza is fantastic as the guilt-ridden, fiercely intelligent, hard-drinking Wanda whose guilt and despair puts her in between two paths on how to move forward with her life. The movie is a potent study in circumstance and what we cannot change. ****