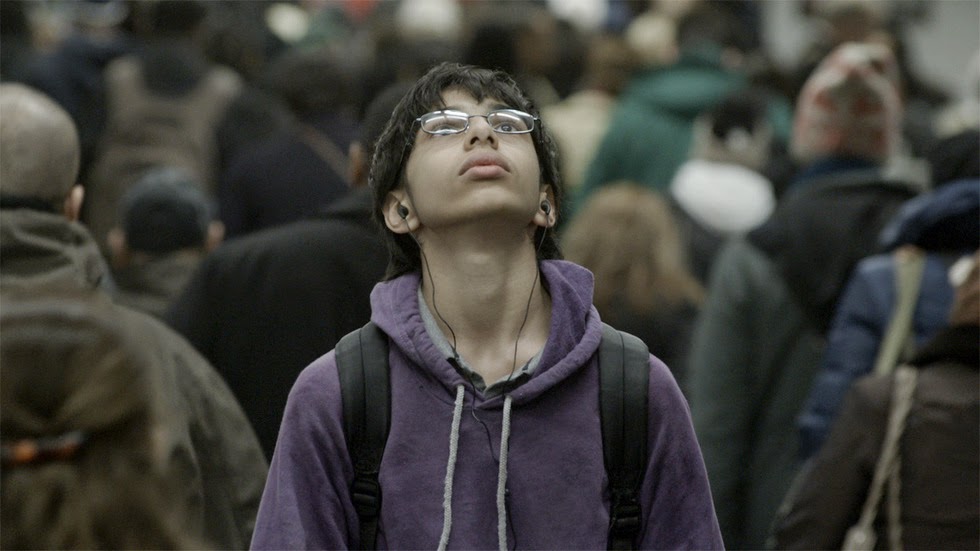 Living in New York, it sometimes feels like new missing persons posters appear every day, posted in subway stations and on street corners. Young and old go missing, especially those with developmental disorders and mental problems. Everyone here remembers the ubiquitous fliers for Avonte Oquendo, the autistic teen who disappeared from his Queens high school and wasn’t found for months afterwards.  We still don’t know how or why he died.

This real life tragedy gives an extra layer of resonance to Stand Clear of the Closing Doors, a masterful independent film released in New York Friday. Sam Fleischner’s movie concerns Ricky (Jesus Sanchez-Velez), a high schooler with an autism spectrum disorder who wanders onto the subway one afternoon and gets lost. His sister Carla (Azul Zorrilla) feels guilty for neglecting to walk him home from school, while his mother (Andrea Suarez Paz) juggles a desperate search with other stresses, like her absent husband and the fear that involving police will expose her family’s immigration status. Ricky, meanwhile, gazes in slack jawed wonderment at the multitude of sounds, sights, feelings and people that make up Manhattan’s underground.

The cinematography by Adam Jandrup and Ethan Palmer is practically a star unto itself.  The mesmerizing subway sequences wouldn’t be out of place in a Museum of Modern Art installation. They capture the Rockaways and the homes where Ricky’s family live and work well, too, but the movie truly comes alive in the subway.  t’s extraordinarily perceptive about the details that make up a subway commuter’s world: rushing parallel trains, break-dancers, bums, maps and advertisements are all vividly presented in a way that approximates a rider’s P.O.V. The movie also does a nice job of showing us the world through Ricky’s eyes, focusing on the objects and textures that fascinate him.

The term “slice of life” fits Stand Clear of the Closing Doors better than any other movie I’ve seen.
The cast is so naturalistic, and the visuals so authentic that the film plays like a documentary. It helps that the movie was shot in part during Hurricane Sandy, which hit the family’s neighborhood in the Rockaways particularly hard. The film makes viewers consider the lives of immigrants without making overt statements or being didactic. These are real lives, and this is life in one of the world’s busiest cities in the twenty first century.  Stand Clear is a movie good enough to make that as watchable as it is profound.

Posted by MrJeffery at 1:51 PM