A few weeks ago Justin Lockwood shared his thoughts on Godzilla.

This week Karen G. chimes in! 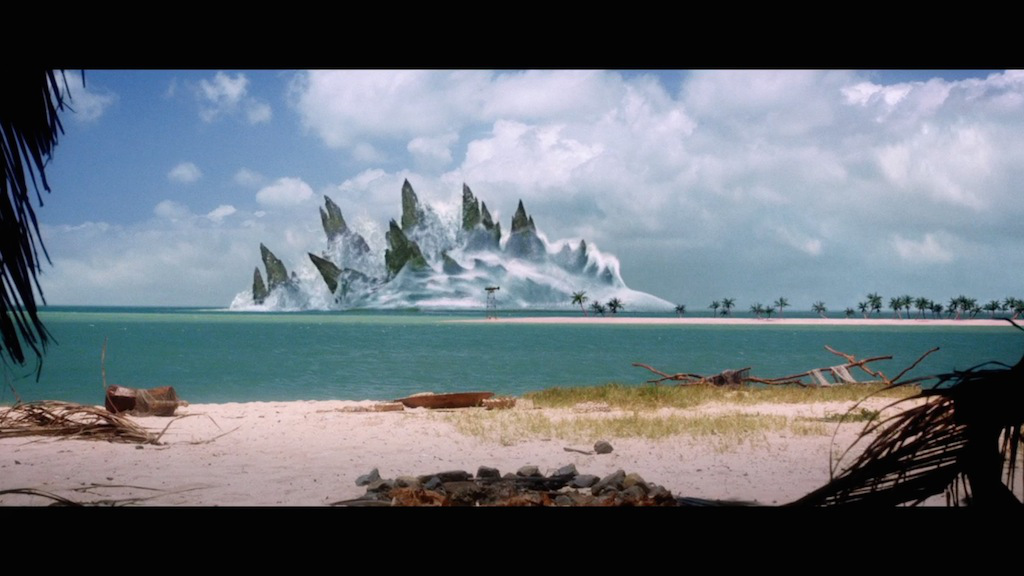 The opening credits quickly drew me into a “this could totally have happened” moment, and I certainly give kudos to movies that can make jaded ol’ me suspend disbelief, even for a short while. The flashes of newsreels, confidential documents being edited and peeks of a strange ocean “creature” were entertaining even before the film began.

In 1946, Godzilla is awakened by a Russian military accident. In the mid-50’s the US and Russian militaries use nuclear weapons in attempts to kill Godzilla and use the cover of atomic tests to keep his existence unknown. Godzilla, however, survives every attempt. 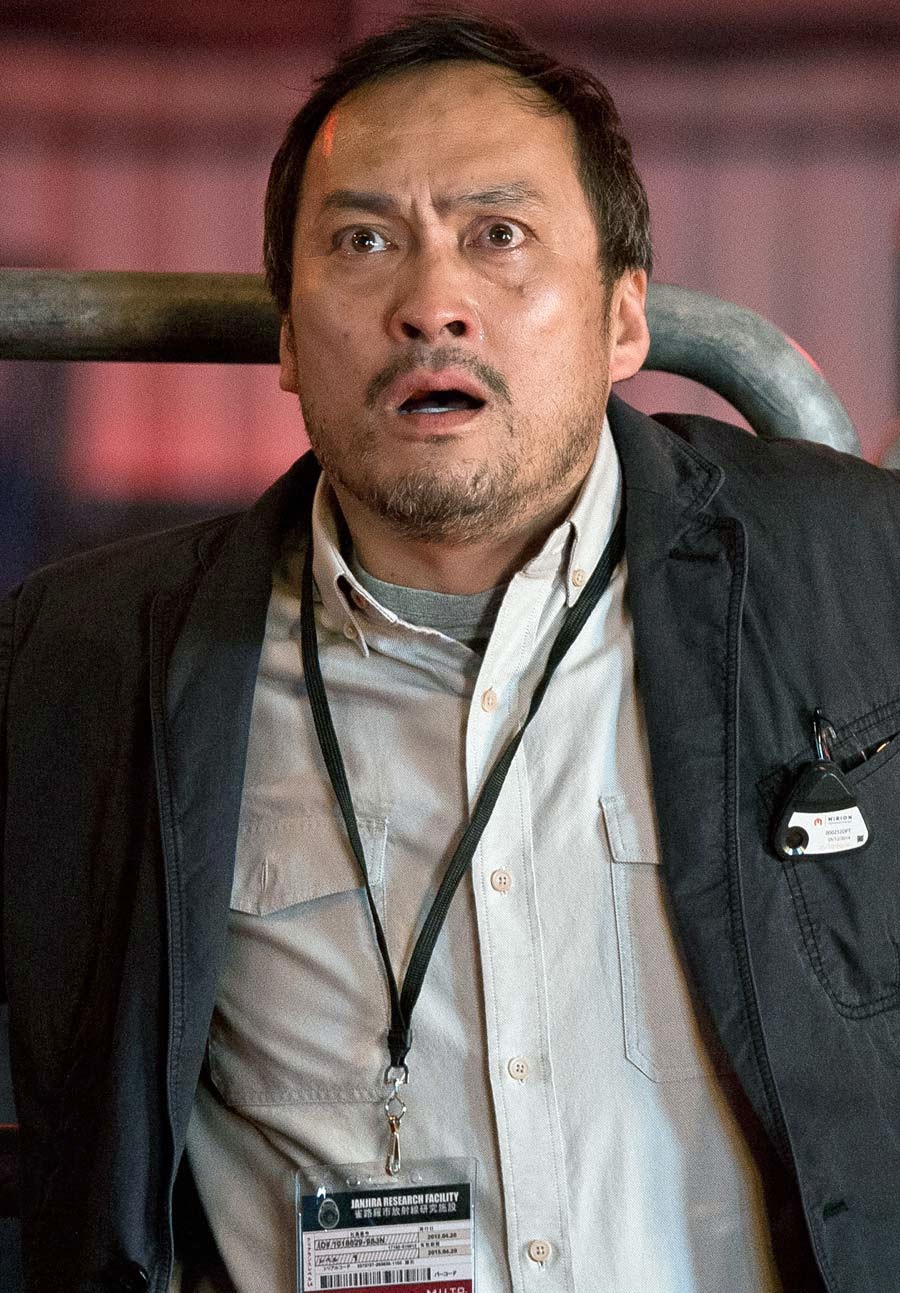 Many years later, in 1999, Dr. Ichiro Serizawa, played by Inception’s Ken Watanabe and his assistant Dr. Vivienne Graham, played by Blue Jasmine’s Sally Hawkins, are called to a mining site in the Philippines to inspect a fossil in an underground cage. A large “egg” is found near the fossil, already hatched and a trail is shown, leading to the surface and into the ocean, clearly marking that something has made its escape into the ocean. The other, still un-hatched egg is taking to Nevada and placed in a nuclear waste repository.

Days later, seismic activity is felt in Janjira, Japan where nuclear physicist, Joseph Brody, played by "Breaking Bad"’s Bryan Cranston and his wife, Sandra, played by Juliette Binoche head to the plant to investigate the activity. Joseph tells Sandra to assemble a team to perform a damage check at the power plant. The plant is soon breached by a massive explosion and radiation leak and Sandra dies in a heartbreaking sequence in the first few moments of the film. Joseph is left alone to fend for their son Ford in an area that is left in ruins and eventually abandoned and quarantined.

15 years later, Ford, played by a seriously buff and almost unrecognizable Aaron Taylor-Johnson (Kick-Ass) is now an officer in the Navy, and is returning to San Francisco to his wife Elle (Elizabeth Olsen) and his son, Sam after a tour of duty. He barely spends a night with his family before getting a call that his father, Joe, has been arrested for trespassing in the quarantine zone in Janjira. Ford travels back to Japan to bail out his father. Their relationship is obviously strained by years of his father’s “conspiracy theories” about what actually happened in Janjira the day his mother died. Reluctantly, Ford follows his father into the quarantine zone, in an effort to prove his theories wrong, and starts to realize that Joe might be right about a government cover up. In a quick flash sequence, while in the quarantine zone in the Brody house we see a “fish tank” that would have been home to a child’s pets, most likely moths, because labeled at the bottom left of the tank is the word ‘MOTHRA’ - a gentle tip of the hat to the classic Toho Monster, that I certainly enjoyed. In the distance, Ford and Joe notice the power plant with its lights on and before they have much time, they are caught and arrested by security and taken to the plant. 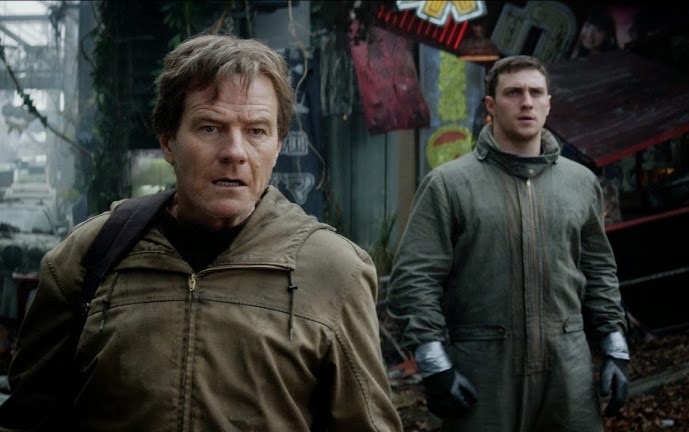 A strange chrysalis, similar to the one discovered in the Philippines years before, is being studied at the plant. A heart-stopping and terrifying pulsing sequence being emitted from the chrysalis makes you realize that something’s is about to go very wrong. The pounding explodes into the creature awakening and wreaking havoc on the plant. During the chaos, Joe is critically wounded and before he can share his data with Dr. Serizawa and Dr. Graham, he dies. The monster flies off into the distance leaving Ford to accompany the doctors to try and piece together what his father knew, to try and save the world from further destruction.

Serizawa and Graham reveal to Ford that they are part of a secret organization called “Monarch” and Serizawa quickly confesses they’ve known of the creatures for years, and explains to Ford that the monster that attacked the plant, a M.U.T.O. (Massive Unidentified Terrestrial Organism), feeds on radiation. Serizawa also speaks of Godzilla's and their numerous failed attempts to kill the creature. Ford tells Serizawa that his father believed the M.U.T.O. was communicating with something else, and fears that something even worse than they imagined might be at happening. 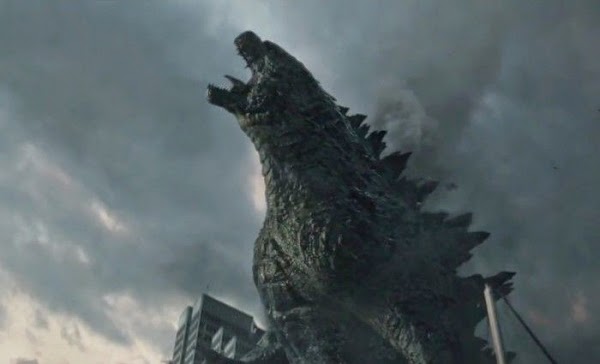 Ford heads to Honolulu to try and get back to his family in San Francisco. In Hawaii, a U.S. Navy Special Forces team finds the wrecked remains of a Russian nuclear submarine in a dense forest. The winged M.U.T.O. is soon seen ripping apart the submarine to feed on its reactor. The military tries to take down the M.U.T.O but it emits an electromagnetic pulse which shuts down all electronics within miles. And this is what awakens Godzilla! Enter stomping beast stage left (finally) by way of massive tsunami! There is a brief showdown with the M.U.T.O before it flies away, with Godzilla in hot pursuit. Serizawa understands that the signal has not only awakened Godzilla but actually hatched another M.U.T.O. in Nevada, a much larger species, and female. With the M.U.T.Os planning to mate (in San Francisco), Serizawa soon realizes that Godzilla is the only thing that can stop the M.U.T.O.s from destroying the planet.

Godzilla is a treat and delivers fun sequences, explosions, destruction and edge-of-your-seat entertainment. I didn’t really feel much connection to the characters except for Joe and Sandra in the beginning of the movie, but that didn’t take away from what I thought was a pretty fun film with quite a few nods to the original Godzilla films. I definitely felt that the movie could have been 20 minutes shorter, but I often feel that movies are way too long nowadays. And of course, when Godzilla breathed the atomic flame, I almost cheered. Being a fan of monster movies all my life, this certainly delivers the type of mindless entertainment we often long for in the day to day. Pure disconnect from reality and an absolute blast! If you don’t overanalyze - I think this movie is more fun than audiences have given it credit for.

Godzilla (2014) is the 31st movie in the franchise. For those of you who have not seen the original and subsequent movies, here is a list for you to peruse when you have nothing better to do on a rainy Saturday: 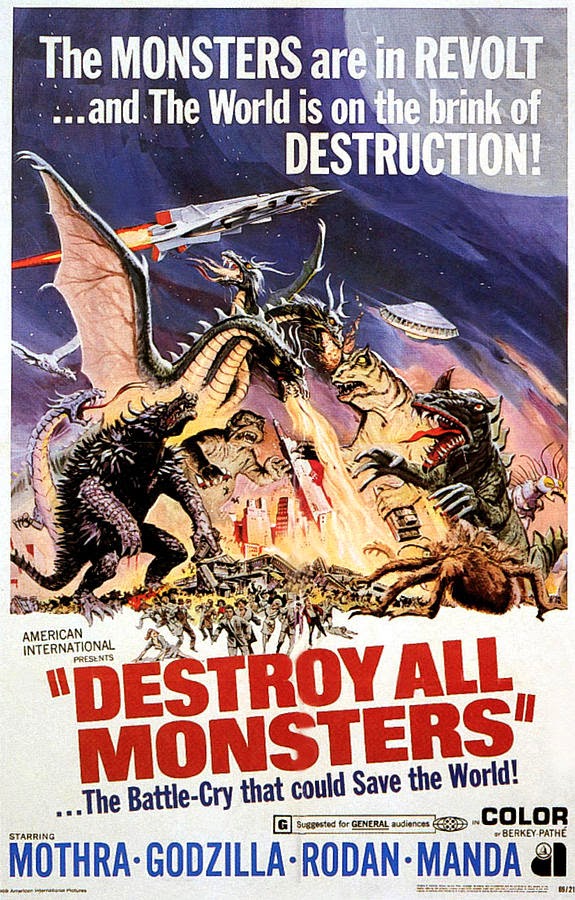