a poem by woody loverude


Our theory of churches revolves
on the opening & closing of doors.

In childhood, they never locked
& someone was always claiming sanctuary,

a rite not extended to us.  This led
to a confusion of geography, a misunderstanding

of genetics.  There was a narrow refusal
of touch & even when asleep, our blankets

colluded to keep chest from back.  It wasn’t
that we simply wore clothes, but rather

clothes coiled up our thighs, around our biceps.
Outside, the constellations shuffled & the words

of our grandparents turned to pebble in our mouths.
Our family tree inverts every third generation,

when there’s a priest or two, a court case, a handful
of regret tossed to the waves.  The church bells

play pop songs at noon & midnight & make a flash mob
of the townspeople.  The men set aside their lathes,

the women drop their tongues, & even the children
begin to understand the rubble that will come.

Their children’s children will mine the hills
for touchscreens & helium, but find

only half­-filled coffins & books on mythic astronomy.
They will fight, those later years, for dominance & credit,

the right to commune & separate.  To message
ghosts & other kin.  By then, the churches

will have multiplied, the stones growing larger
while congregations sink.  The town lake will ice.


Woody Loverude lives in Brooklyn, and his work can be found in Ninth Letter, Columbia Poetry Review, Mead, Court Green, and elsewhere.  His chapbook, Flood, was published by Shadowbox Press. 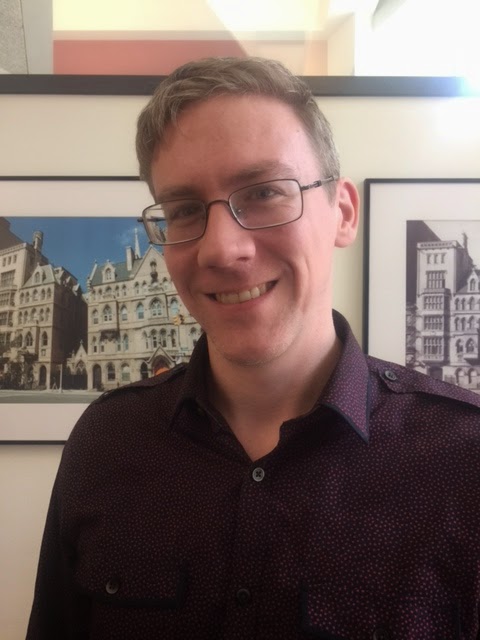 Posted by MrJeffery at 7:13 AM