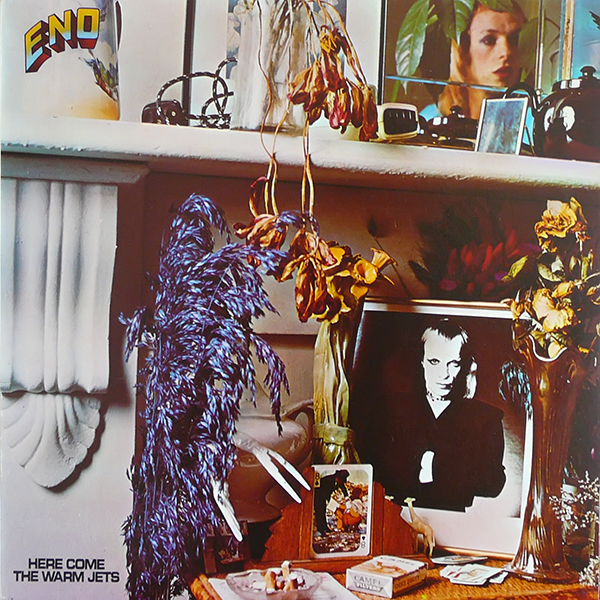 He’s new, revolutionary, genius – my three great loves. Brian Eno is my favorite musician, forevermore. I’ve known this for more than a decade. But I didn’t know why until I saw a version of his first album performed live by musicians at Joe’s Pub on January 8.
He used his entire arsenal to create grace beckoning and rising to clasp immortality.
Eno was contracted to do an album after he left Roxy Music. This was 1973. He didn’t have a plan. But he wanted crosspollination. He put musicians together, to instigate, to see what would happen. Alchemy did. Using this Gesamtkunstwerk approach, what the office kids today call combinational creativity, he created a total artwork, everything altogether, yup – right there, which thanks to his gloire (French for “out of the box”) and his triomphe (French for “batshit weird strange crazy huh?”), is what all timeless art is. That seminal album, Here Come the Warm Jets, released in 1974, is all music, a glam rock, art rock, imperial mulatto – even the words on each song are sounds not meanings, internal rhyme and expressions of voice there as music and as texture. 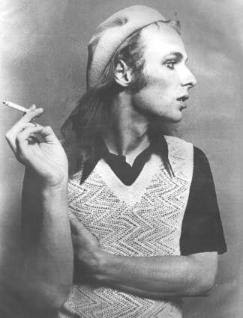 There are 10 songs on the album. Go in knowing there is a balance where dissonance becomes consonance and interplay, where chiaroscuro is all there is and ought to be. Listen in full – and think of this riddle we remember from the childhood playground: “Which creature in the morning goes on four legs, at mid-day on two, and in the evening upon three, and the more legs it has, the weaker it be?” The album’s journey: the stages of life, from birth to life to senescence and death to what comes next – all with the wow and pop of Shakespeare. “Needles in the Camel’s Eye” (my favorite song of all time) – infant. “The Paw Paw Negro Blowtorch,” “Baby’s on Fire” – schoolboy. “Cindy Tells Me” – lover. “Driving Me Backwards,” “On Some Faraway Beach” – soldier. “Blank Frank” – justice. “Dead Finks Don’t Talk” – pantaloon. “Some of Them Are Old” – second childhood. “Here Come the Warm Jets” (a reference as much to airplane sounds as urine) – what comes after death, what comes next, ascending, carrying you to the afterlife, your rise to heaven, if that’s what you believe in.
Eno, a creature of the studio and not the stage, never himself attempted performing the full album live. The emcee of the evening, John Schaefer, of WYNC, said Eno recently told him: “I didn’t think anyone could play this music.” The cross-generational musicians came together to make great and workable arrangements to perform the album. And they did. Among the highlights of the night: Vernon Reid of the rock band, Living Colour, doing a super cover of King Crimson founder Robert Fripp’s hard-as-a-motherfucker guitar solo on “Baby’s on Fire.” And if you want to know which guitarist has the best stage presence in , and will upstage even the lead singer, do yourself a favor and watch Brooklyn-born Glenn Mohre of Acid Problem on stage. It’s rarely someone’s je ne quoi makes me leave my space and leave me exhaling breathlessly. He did it – particularly on the album’s eponymous track, “Here Come the Warm Jets.” Go see him.
Now, I am going back to Eno’s first masterpiece that in youth made me feel like homecoming and home – finally an album that sounded like my essence. Here was Here Come the Warm Jets, triumphant, playful, puckish, Zen only tricksters understand, dirty, a bit seedy – rather than sleazy, not harsh, muddy, makeup smeared by a light rain, bombastic – yet humble, overwrought and chilled, blissfully alive, aural manifestation of things free men do together that heartland Republicans care too much about – on speed. Try it. You won’t be sorry, either.