soderbergh as iconoclast, non-conformist: a guest post by dan braun 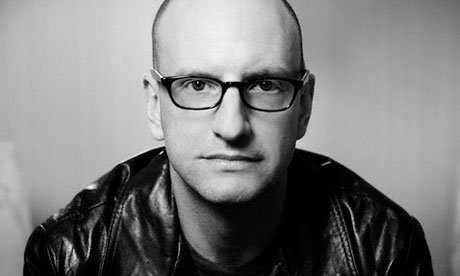 Iconoclast. Non-conformist. Dares to be different. From the time his fiery roundelay sex, lies and videotape took the Sundance Film Festival by storm in January of 1989 (and cast a broad light on the world of independent cinema), Steven Soderbergh has defied any and all concepts of what a filmmaker is ‘supposed’ to be.

Working in the studio system (the Oceans films; Out of Sight and Solaris – both discussed in my previous post; Erin Brockovich; Traffic). Experimenting with unconventional methods of storytelling (Che; Full Frontal; Bubble; Schizopolis). Taking on the responsibilities of cinematographer, producer and editor. Soderbergh has embodied the definition of restless artist and professional, harboring a deep love of film and a desire to expand and reshape its borders and its possibilities.

Some of his most notable works: 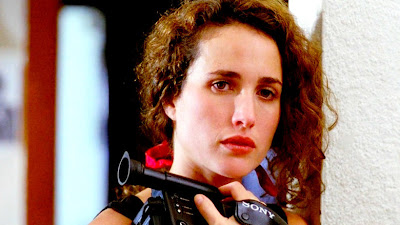 sex, lies and videotape (1989): The aforementioned cinematic game-changer, which put not only Soderbergh on the map, but also the Sundance Film Festival, several actors and actresses (Andie MacDowell, Peter Gallagher, James Spader and Laura San Giacomo) and two then-nascent film distributors, Harvey and Bob Weinstein, who via Miramax, won a heated bidding war for domestic theatrical distribution rights. As for the film’s plot, MacDowell plays Ann, a woman living in Baton Rouge and caught in a miserable, repressed marriage with John (Gallagher). When an old college friend of John’s, Graham (Spader), appears, everyone’s lives are soon irrevocably changed. 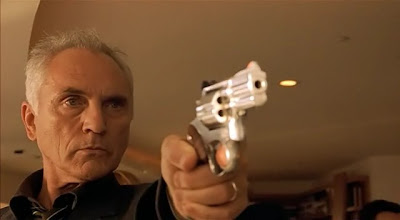 The Limey (1999): Soderbergh’s initial pairing with screenwriter Lem Dobbs and featuring one of Terrence Stamp’s finest performances. With a focused and alternately subtle and blunt vengefulness, Stamp stars as Wilson, an Englishman and ex-con who, fresh out of prison, heads to L.A., determined to strike back against the man whom he believes to be responsible for his daughter’s death. 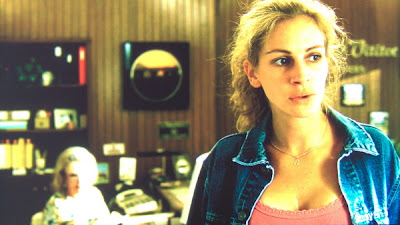 Erin Brockovich (2000) and Traffic (2000): A one-two array – the first a highly entertaining, populist entertainment, based on a true story, with Julia Roberts in her Oscar-winning title role as a feisty, take-no-prisoners, unemployed single mother who leads a civil action against a major public utility company accused of poisoning a community’s water supply; the second, a powerful indictment of the failed war on drugs, told from the perspectives of an enforcer (Benicio del Toro), a politician (Michael Douglas), a trafficker (Steven Bauer) and a user (Erika Christensen). 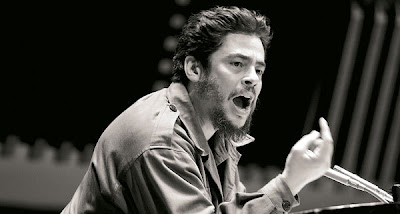 Che (2008): Mostly following a release pattern similar to the theatrical roadshows of the 1960s and ‘70s (limited, patterned engagements, glossy program handouts, and intermissions during each screening), Soderbergh’s epic chronicled in two parts (The Argentine and Guerilla) the story of Ernesto ‘Che’ Guevara, telling of his success in helping to lead the Cuban Revolution of the 1950s, and the difficulties he and his compatriots faced several years later during the Bolivian Insurgency. 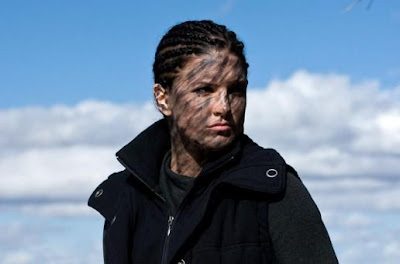 Haywire (2012): Turning the action genre swiftly on its heels with several forceful upraised clouts of shoe leather, rapid fist swings and bullets fired from a wide array of guns and varied artillery, Soderbergh and Dobbs team again for this crisp, immersive story of a covert government operative (Gina Carano, a former MMA fighter) who, after being double-crossed, has to rely upon all of her skills and abilities to escape from an international manhunt, protect her family and exact revenge upon her betrayers.
Posted by MrJeffery at 6:55 AM