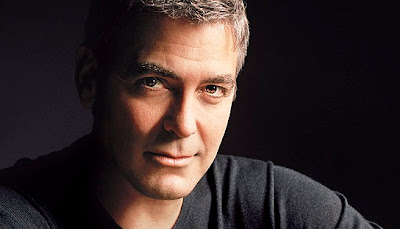 You know he's not perfect. Of course he's not. Minus the luxuries, the casual grin emanating from countless magazine covers, ultimately he's as human as you and I are. But if there was ever anyone who, as a guy, you'd want to be your wing man in the Meatpacking District on a Saturday night or, as a lady, proof that velvet ropes are sometimes little more than a formality, it's George Clooney.

It's the rare screen talent who qualifies as timeless. Meryl Streep, Russell Crowe... a short list and one that Clooney fits in with ease. His early acting credits are typical of just about any actor or actress looking to establish a professional foothold: the TV series one-off appearances and recurring roles ("Riptide," "Hunter," "The Facts of Life," "Roseanne") and the cluster of B-movie roles (Return to Horror High, Return of the Killer Tomatoes!, Red Surf). Then came the breakthrough; "ER" and the part of Dr. Doug Ross. Suddenly an established star and the eventual transition to feature films.

Confidence, charm, talent, and an underlying sense of humanity can open a million doors and it's that combination of traits which have allowed Clooney the ability to slip with seeming ease into the shoes of characters from several walks of life - among others, bank robber, U.S. Army Major, television news producer, corporate downsizing expert, and, in his most recent role, a business and family man trying to hold his life together in The Descendants.

Some of his most notable performances: 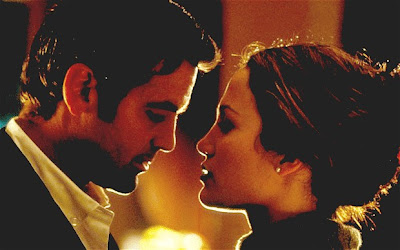 Out of Sight (1998) - The first pairing of a highly successful professional partnership with director Steven Soderbergh (the Oceans films, as well as the vastly underrated Solaris remake and The Good German) featured Clooney as a career bank robber who breaks out of jail and kidnaps a U.S. Marshal (Jennifer Lopez) in the process. Fun and loose, with a highly palpable on-screen chemistry between Clooney and Lopez. 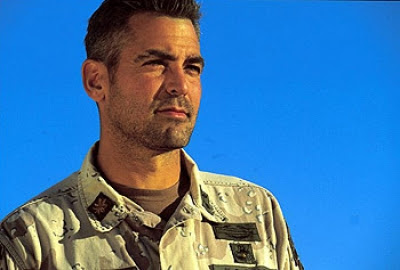 Three Kings (1999) - Clooney - as U.S. Army Major Archie Gates - and his fellow soldiers (Mark Wahlberg, Ice Cube and Spike Jonze), post-Persian Gulf War, go in search of a cache of gold stolen from Kuwait which they hope to keep for themselves and encounter an unexpected humanitarian crisis. 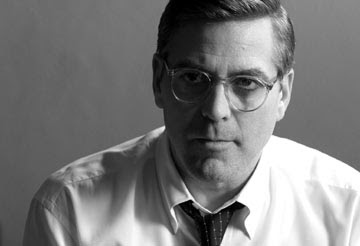 Good Night, and Good Luck. (2005) - With Senator Joe McCarthy at the height of his anti-Communist crusade, CBS News reporter Edward R. Murrow (David Strathairn), with the support of his producer Fred Friendly (Clooney), decide to take on McCarthy and expose his tactics, but at a great personal cost for both Murrow and Friendly. A stunning film and powerfully subtle. 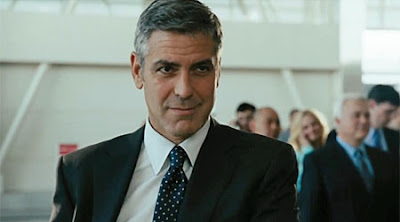 Up in the Air (2009) - In a performance which lingers within one's mind long after, Clooney portrays Ryan Bingham, a specialist in corporate downsizing and a motivational speaker who approaches his personal life with as minimal an amount of emotional involvement as he does his professional one. 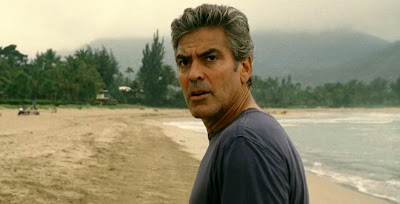 The Descendants (2011) - Alexander Payne's first feature since 2004's Sideways and similar in its observations on the complexities of human emotions and relations. Clooney is Matt King, a Honolulu-based lawyer who, with his wife on life support after a boating accident, works to build a relationship with his two daughters (Shailene Woodley and Amara Miller) he's barely made time for previously, and finds himself dealing with the news of an affair his wife was having at the time of her accident, all while handling a complex family trustee matter. His performance brilliantly embodies the unenviable position most of us have been in at one time or another: dealing with a series of personal crises coming at us in rapid succession and presenting a bold front while, on the inside, we've never felt more scattered.

Email ThisBlogThis!Share to TwitterShare to FacebookShare to Pinterest
Labels: dan braun, Film, george clooney, good night and good luck, jennifer lopez, out of sight, the descendants, three kings, Up in the Air