the year's most overlooked film: 'margaret' 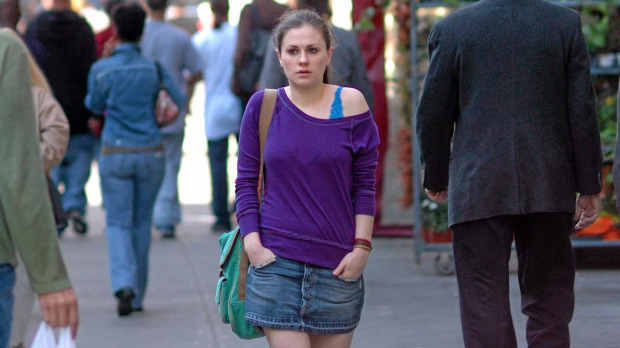 Here is one of the best films in recent memory that explores the power and perils of unbridled emotion.  In Margaret, an Upper West Side melodrama directed and written by Kenneth Lonergan (You Can Count on Me), pale-faced, precocious teen Lisa Cohen (Anna Paquin) witnesses, and could also be implicit in, a bus accident which kills a pedestrian (Allison Janney).  Cohen's subsequent guilt and emotional trauma affects her relationship with school and her single mother, a lonely stage actress (played beautifully by Lonergan's wife J. Smith-Cameron) and also prompts her to file a suit against the driver (Mark Ruffalo).  The film is splendidly unwieldy like a good, strong 90s drama (Altman's Short Cuts, Egoyan's The Sweet Hereafter, Todd Solondz's Happiness all came to mind) or a Great American Novel, as it slips into the lives of Cohen and her mother and distant father (Lonergan) and the pedestrian's girlfriend Emily (a powerful Jeannie Berlin).  As evident in You Can Count on Me, stage vet Lonergan is fantastic with subtle characterizations. Cohen's teachers, for instance, aren't saviors or demons, even when one of them does something unethical.  Matthew Broderick amusingly figures as the English instructor who "hogs" the lead part in a classroom reading of King Lear and recites, in an overly precious fashion, the Gerard Manley Hopkins poem "Spring and Fall" (where the film gets its title).  Matt Damon plays a bland math teacher from Indiana.  One of her classes, led by an elderly man with a TA standing obediently by his side, is a launchpad for some very realistic and heated debates like nothing I've seen on film before.  When guilt-ridden Cohen visits the bus driver's home, she antagonizes him and his wife (a remarkable Rosemarie DeWitt).  Lonergan is emotionally ambivalent with the material, giving his actors (even the ones in small parts) a tremendous amount of room while showing us what makes Cohen tick. 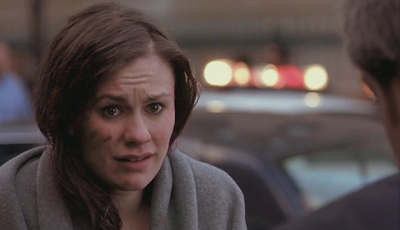 It's a shame the release was so botched because what Lonergan and his ensemble has crafted here is often extraordinary.  It was filmed several years ago, shelved, then debuted with no fanfare from Fox Searchlight this past September.  Many critics have maligned the movie with knowledge of its post production problems.  At times, the criticisms are certainly fair.  When Lonergan sometimes attempts "cinematic" tropes, they fall flat.  The many languid city skyline shots are often distracting rather than illuminating, even if backed by a mesmerizing score by Nico Muhly.  A Lady Macbeth bloody sink is too obvious in a film that's often so gracefully subtle and ambiguous.  Because there are moments when emotionally-compelling scenes are suddenly cut off (the theatrical release was aided by Martin Scorsese and his collaborative editor Thelma Schoonmaker with Lonergan's approval), it's hard to discern what Lonergan's original intent was; I was often taken out of the picture by speculating about it.  I overlooked the film's flaws and sort of appreciated its messiness, because of the strong writing and the fabulous acting by the ensemble.  Paquin is a powerhouse here in definitely one of the unsung performances of the year.  She rattles off her opinions and expresses herself loudly, while mourning and wrestling with her lost innocence.  Smith-Cameron's Joan is a compelling, real presence, a reincarnation of sorts of 1970s Jill Clayburgh a la An Unmarried Woman (the smart, rambling, off-the-cuff feel of Lonergan's script is reminiscent of Paul Mazursky).  Berlin's rough-edged Jewish Emily is ferocious.  She gives a tremendous performance, especially for an actress with so few film credits.  Lonergan lets these women connect and spar in some magnificent scenes. Sometimes they are aware of how dramatic they are all being.  Certainly there's been times where I've argued passionately about something, then made up later and maybe laughed over it.  This film embraces those occasions and then descends a grand staircase to a weeper of an ending. ***1/2