flight of the navigator - a post by rebecca myers 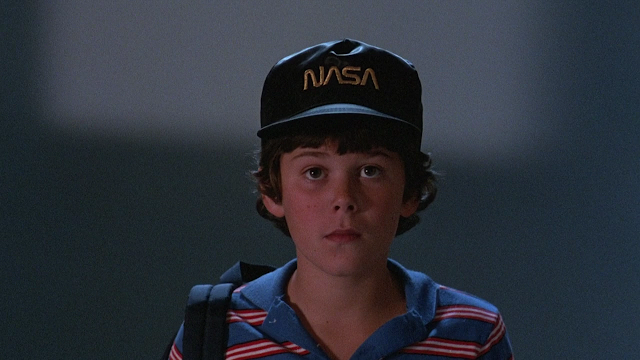 Dan and I were glamping in the Italian Countryside outside of Venice when he admitted that he'd never seen Flight of the Navigator. Lounging on a Balinese pashmina spread out on the floor of our tented lodge, eating baby octopus with our hands, naked, it occurred to me that I might not actually know my new husband.

"Ha ha, seriously, hehehe?" I asked in my best Pee-Wee Herman voice, a tentacle dangling from my mouth.

One of the benefits of luxury camping is having wireless internet. Dan and I had been on our honeymoon for 8 days and had already capitalized heavily on the romance thing. So I decided, amidst the muted evening bells of San Marco and tulle mosquito netting, that we needed to download this sci-fi classic.

In grade school in the late 80's, Flight of the Navigator was shown as a special treat. It was one of the few movies on free period rotation, along with Million Dollar Duck, The Shaggy Dog, and Freaky Friday. My first real impression of cinema was that it only dealt with shape-shifting and divested identity. I had a very real fear that one morning I would wake up and no longer recognize myself. This was further complicated by my not recognizing myself to begin with.

Disney movies were ontologically dark. You might be accidentally irradiated, or start to remember you are an extraterrestrial (it's never a good sign if you own a star case with an indecipherable map in it). If you had to have special powers, it was preferable that they were temporary. You prayed that whatever transformation you underwent didn't have lasting effects, that the Watcher would return you in a pillar of light, or that you'd wake up in a ravine and it would still be 1978.

As a 9 year old, Flight of the Navigator made me feel very out of control. The film is ostensibly about appreciating your family and developing self-confidence, but my take-away was a great foreboding, a sensation that time was collapsing around me, all at once, like a giant chocolate segmented orange. 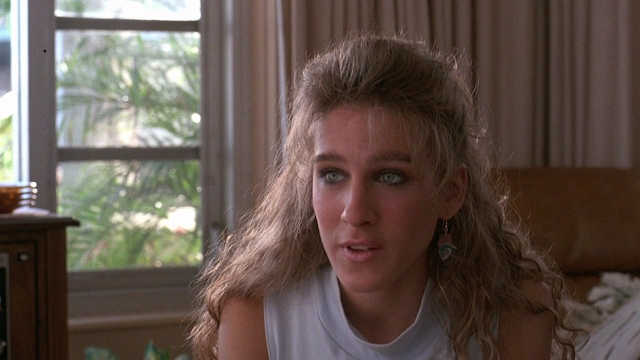 In the film, David Freeman, a 12 year old with aspirations of entering his dog in a National Frisbee Championship, is knocked unconscious in the woods on the way to collect his brother from a friend's house. When he awakens, he discovers it's 7 years later -- 1986 -- but that he hasn't aged. David's arrival in the present- day future coincides with NASA's discovery of a spaceship. With the help of family, scientists, and Sarah Jessica Parker, David learns he was abducted by an alien craft collecting specimens from various planets on behalf of his home planet, Phaelon.

The spaceship -- named Max, and voiced by Paul Rubens -- explains that he needs David in order to return home. He lost access to star charts when he crashed into an electrical tower, but these star charts remain intact inside of David's unerased brain. Max apologetically reveals that traveling at the speed of light was what resulted in the discrepancy in time: they were only gone for hours, while years passed on Earth. David permits Max to scan his brain despite the risk of death, and Max winds up with not only directions, but human attributes. Scuzz-bucket, Twinkies, two all beef patties special sauce, Twisted Sister, New Coke, Classic Coke: all become part of Max's lexicon. As David and Max elude government capture, Max takes navigational command, harnessing a self-assurance he didn't know he had. He literally finds his drive. The ending -- David brought back on Fourth of July, 1978, boating beneath fireworks -- is like a tribute to American family values.


"Well, what did you think?" I asked Dan. The church bells had turned into pulsing Italian techno.

"I like it. Although, NASA's computer systems didn't make any sense. They shifted from textual to pictorial displays. Relativity was off too -- David would have been gone for much longer. Hmm. Unless Max traveled by wormhole. Also, wouldn't  the military have had jurisdiction over an alien ship?"

This is my husband: troubled by bad technology and quantum anomalies. Me, I spent most of fifth grade (and subsequent years) terrified of decade displacement, of the world around me accelerating beyond my ability to keep up. This is really at the heart of being a kid. It's an eternity between birthdays, and yet important change happens so quickly. You define yourself in relation to others but those others aren't fixed points on a graph. You outgrow your shirts in one season. Your grandmother dies while you're at an ice-skating party. The Challenger explodes one week, you're watching Flight of the Navigator the next.

Shortly after we returned from our honeymoon, I read that a tourist in Iceland had joined a search party to track down a missing member of her bus group. The missing woman was described as wearing dark clothing. She was last seen in Eldja’s volcanic region. After hours of looking, with the coast guard at the ready, the tourist had a demoralizing realization: the missing woman was herself.  She had changed clothes and freshened up during a pit stop, and when reported gone, simply failed to recognize her own description. While this is an extreme example of the self proving elusive, I know exactly how this woman felt: the psychic disjunction, the humiliation, the faltering of faith and certitude. It's how I  felt at age 9. It's how I often feel today. What scared me most about Flight of the Navigator is that David ultimately walks away a securer, happier person despite witnessing the search for his former self. He's redeposited back in 1978 no worse for the wear. The only baggage he appears to have is Puckmaren, a stow-away alien who likes to have his chin scratched. But David's seen so much. He's been the universe's pawn. How can he peer through the same bedroom telescope and not see an esoteric mess reflected?

There are days I look at Dan and think: "I'm the same person I was 5 years ago, but he's so different." Those are the days that I'm still stuck in 1978 while he's progressing in his parachute pants. But like in all solid relationships, it flips. Sometimes I'm the one wearing the parachute pants. Flight of the Navigator might not hold up against 21st century CGI, but to me, it remains timeless in its treatment of time, in its ability to tug at my neuroses.


Rebecca Myers is an essayist & poet & travel agent.  Check out her smart and funny blog From Soho to Silo.
Posted by MrJeffery at 8:53 AM