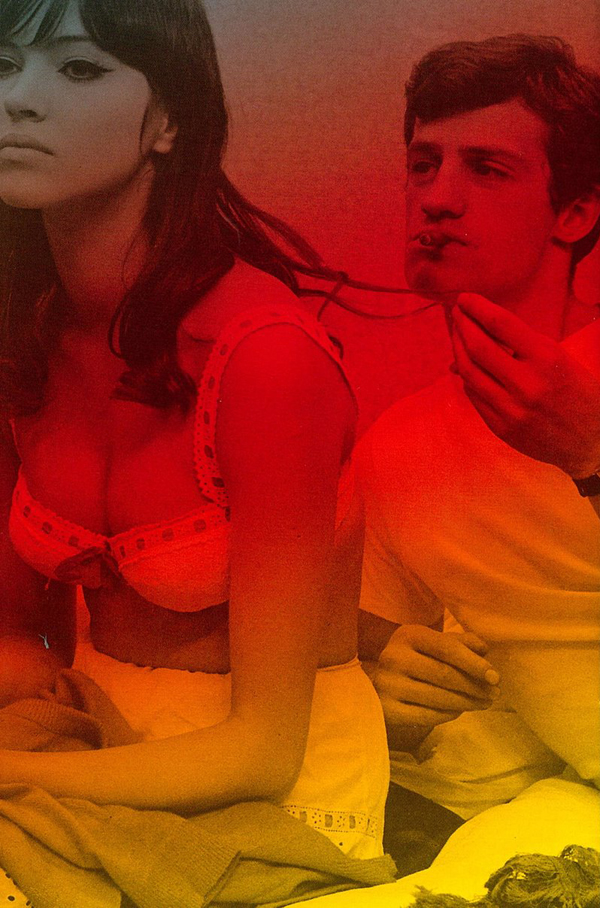 Jean-Luc Godard is one of the rare filmmakers who captures the absurdities and idiosyncrasies of love and relationships.  He explores the volatile, dull, and passionate tensions between men and women in his first color film (the Cinemascope highlights his signature use of red and blue) A Woman is a Woman.  Angéla (played by Godard's one-time wife Anna Karina) is a sometimes exotic dancer, desperately pining for having a baby with her boyfriend Émile (Jean-Claude Brialy), despite his resistance.  Meanwhile she is doted upon by a Émile's friend Alfred (Jean-Paul Belmondo) throughout the Strasbourg–Saint Denis district.

This is an occasionally light-hearted feature with Godard's use of bold, cartoonish fanfare music (by Michel Legrand), splashy primary colors (which would later define the pop art flair of his 1960s features), fourth wall-breaking and jump-cuts.  It's said to be a tribute to and / or a distortion of the fluffy musicals and romantic Doris Day comedies of the 1950s and early 60s.  Despite its seemingly nimble nature, A Woman is a Woman digs at the stress of relationships and the primal, childlike aspects of adult intimacy; the couple sleeps in a tiny bed and argues via book titles: one of the film's most unforgettable sequences. The back and forth quibbling over having a baby is akin to child's play in a sandbox (an early scene shows children in a magazine / bookshop asking for something on the shelves that's "sexier"), ironically though, the issue at hand is an important one.  Karina is luminous as Angéla, sometimes expressing a lot of emotions through subtle facial tics, or the camera is just luminously focused upon her.  One sequence is a close-up of her face as she sings ("I'm no angel / I can be a real devil") with changing blue and red light filters.  Émile can be cruel and cold; his views of women are crude.  Described as "shameless," heavily mascared, flit-flighty Angéla (determined only in life to be pregnant) seems like Godard's whimsical, utterly unbelievable, and satirized portrait of a cinematic woman (note the irreverent equation of the title).  But she's endearing nevertheless. Godard and films of the French New Wave seemed to reflect, define, and lampoon the changing nature of gendera and contemporary relationships. Of women and Godard's seat-of-the-pants story (scripted on a day-by-day basis), Émile says, "I don’t know if this is a comedy or a tragedy." The film's ambivalence about our sometimes grandiose ideas about love is what makes the movie so bittersweet.  ***1/2

Posted by MrJeffery at 6:06 AM