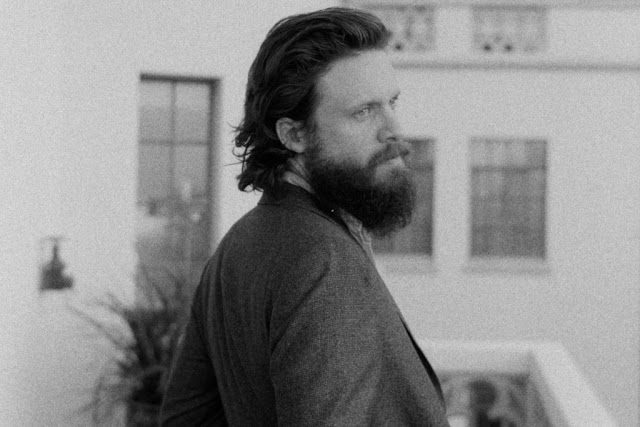 The album's songs, varying in length and rock-folksy style, often stir Elton John-esque sunshiny melodies and production with introspective, sardonic lyrics of the social malaise all around us. There isn't a tune much sadder, frank and realistic about the state of affairs I've heard this year than "Total Entertainment Forever." I haven't dug much into the mystique and shtick of Josh Tillman's Father John Misty pseudonym because his work is so engaging and strong on its own.

My first memory of music's from
The time at JCPenney's with my mom
The watermelon candy I was choking on
Barbara screaming, "Someone help my son!"
I relive it most times the radio's on
That "tell me lies, sweet little white lies" song
That's when I first saw the comedy won't stop for
Even little boys dying in department stores

"I think people will occasionally be turned off by my work because they think that I think I can actually answer these big questions… and that asking them is all that original in the first place. ‘Who am I? What is love? What does it all mean?’ It’s the same ol’ shit people have been asking since time began.

But what’s often misunderstood is that I know I’m creating more questions for myself. I know I’m getting further and further into this morass. The questions are recursively spawning, like the broomsticks in Fantasia. You’re never going to get rid of them. Trying harder and harder is only going to create more confusion.

The irony is that the answers do not appeal to our intellectual vanity. The whole reason this album is called Pure Comedy is because there is a childlike simplicity to it all. That’s the cosmic joke." -Father John Misty

Posted by MrJeffery at 9:25 AM