it! the terror from beyond space 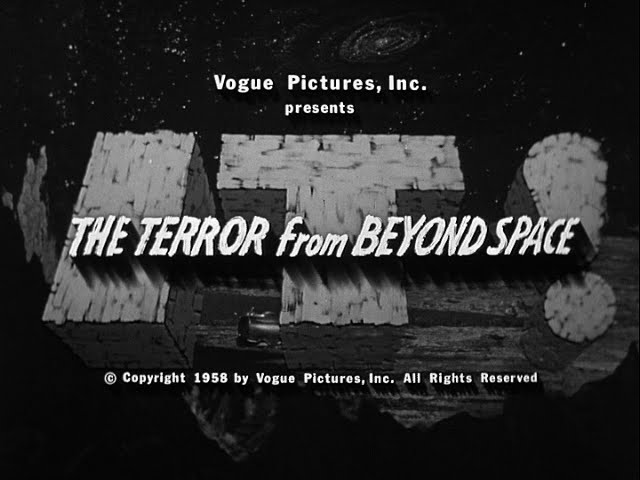 Hokey and endearing sci-fi monster flick It! The Terror from Beyond Space is very similar to and likely the main inspiration for Ridley Scott's Alien.  A wisecracking group of space explorers are trapped in their rocket ship with a menacing, intelligent alien beast that feasts on bodily fluids.  In It!, the astronauts are checking out Mars (memorable line: "Mars is almost as big as Texas! Maybe it's got monsters."), the year is 1973 though everyone is decked out in full '50s atomic era gear and hairdos (amazing to think while watching this movie what a huge transformation technologically and socially the country would go through in the 1960s)... the two female astronauts even serve coffee to the space-suited males (!).  Directed by Edward L. Cahn on a very minimal budget, It! The Terror from Beyond Space is light, straightforward monster movie entertainment.  The monster is played by Ray Corrigan, who donned many an ape suit in his day, here in a great rubber suit with big, body-grabbing claws.  For Alien fans, this is a must-see for all its cues; there's even an air duct scene.  The shoe string budget allows for some amusing effects, strange edits and wacky sets. ***