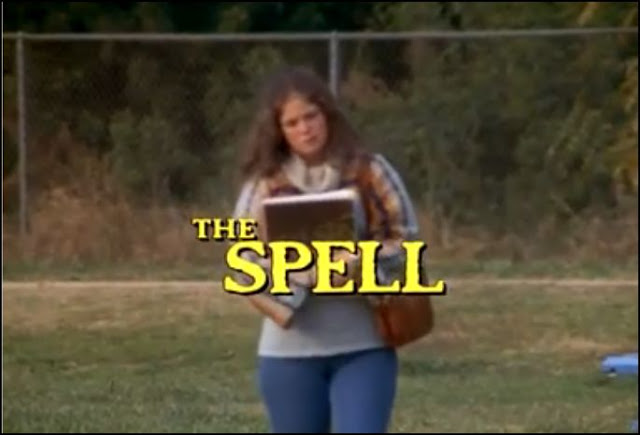 I remember temporarily putting a stop to making fun of my sisters after watching The Spell one afternoon as child in the 1980s on TBS.  This 1977 is a shamless TV movie rip-off of Carrie. Overweight, teased teen Rita (Susan Myers) seems to have powers that put her tormentors in peril. 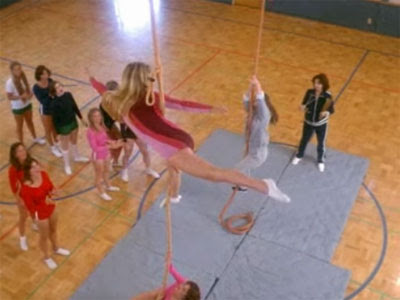 Her meanish sister Kristina (played by Helen Hunt!) nearly dies in a swim match (a particularly harrowing scene to watch as a child)... 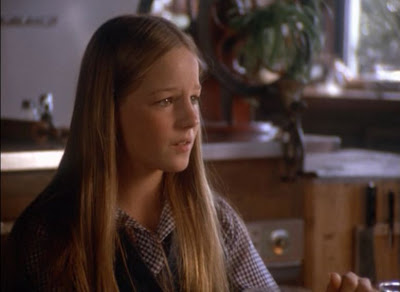 And the mean, gossipy friend of Rita's mom self-combusts (?) (a hilariously bravura sequence)... 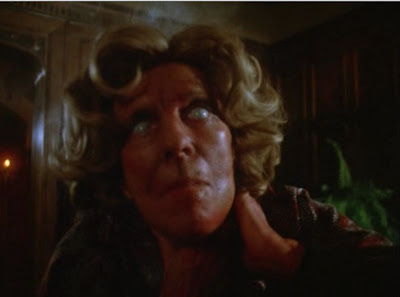 Lee Grant, who has single-handedly saved many-a-drab 70s movie, plays Rita's mother who is kind of compassionate and kind of salty and the one with all the power. 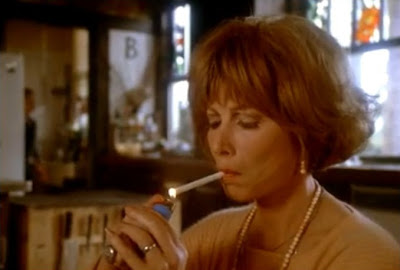 The Spell has eluded me for years. I was always haunted by Rita in her witchy red cape. Now that I've finally found it again, it's pretty preposterous, kind of boring, and sometimes hilarious. And it's free on Hulu!  **