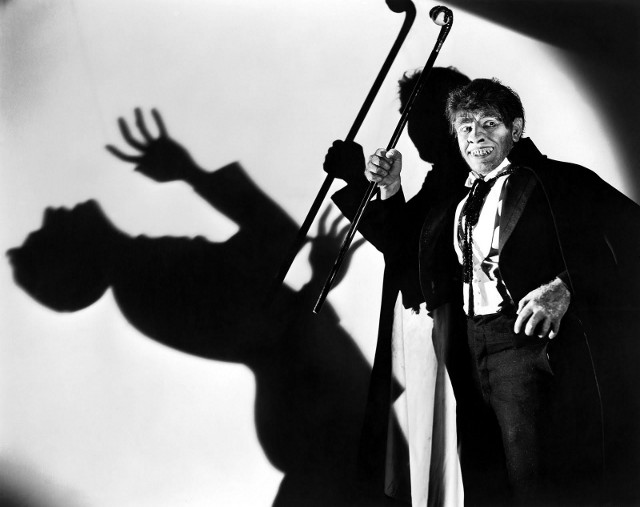 The Strange Case of Dr. Jekyll & Mr. Hyde explores the duality within humans and repression in the Victorian era.  The most famed film adaptations, the Pre-Code 1931 Rouben Mamoulian version and Victor Fleming's 1941 spin, stray a bit from Robert Louis Stevenson's novella, but are influential in their own right. 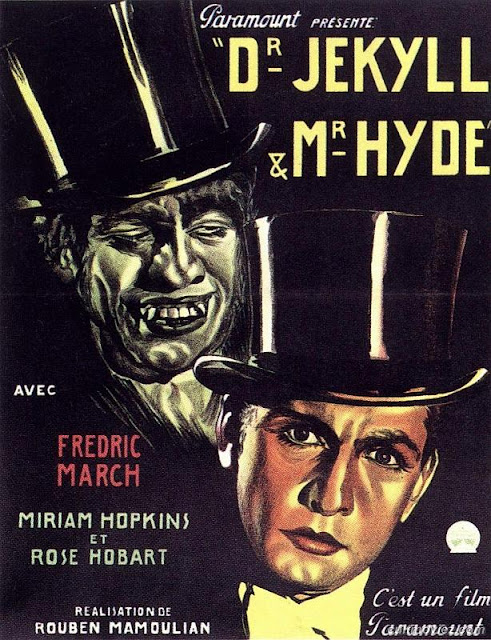 Fredric March won an Oscar (the first horror film to win an Academy Award) for his portrayal as the dual character: an affable English scientist who creates a potion that turns him into monstrous Mr. Hyde (the racist undertones are pretty evident here in the movie's over-the-top makeup work).  As Dr. Henry Jekyll, he's in love with Muriel (Rose Hobart) who's under strict supervision from her father (Halliwell Hobbes) but as Mr. Edward Hyde he lusts after and pursues prostitute Ivy Pearson (Miriam Hopkins).

There's a certain spontaneity and creativity from early Pre-Code films.  The sexuality of the '31 version is quite explicit (Ivy's bare legs).  The camera work by Karl Struss is particularly vivid, especially since it extensively uses the now oft-imitated POV shot (John Carpenter's Halloween, filmed nearly forty years later, revived the technique).  The film has a lot of spirit and ingenuity for its time, and is probably the best cinematic version, even if it's bogged down in parts with the scenes between March and Hobart.  *** 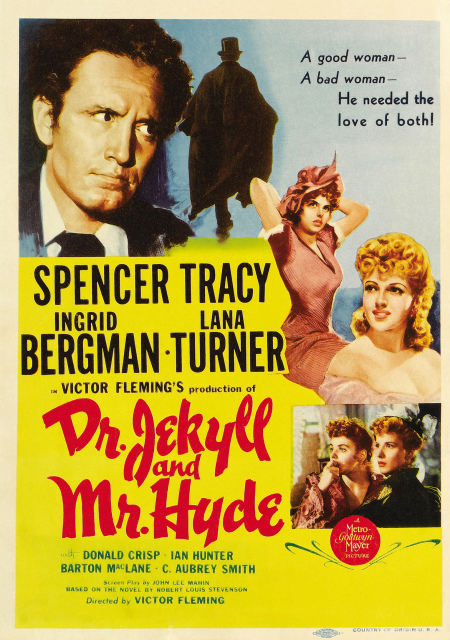 Victor Fleming followed up his 1939 masterpieces The Wizard of Oz and Gone With the Wind with an elegant but stodgy remake (basically the same plot) of Mamoulian's version starring Spencer Tracy, Ingrid Bergman and Lana Turner.  Despite the excellence of these three players, they all seem miscast.  Turner would probably have been more interesting as the "bad" girl, Bergman as the good, and Tracy is much too sympathetic and plain when he transforms into Mr. Hyde.  Reportedly Bergman had originally been picked to play Ivy but wanted a challenge and asked the studio to switch roles with Turner.  It's a pretty movie, as Fleming's films often are, but in comparison to the ribald '31 take, this one seems weak-hearted.  **1/2
Posted by MrJeffery at 12:53 PM