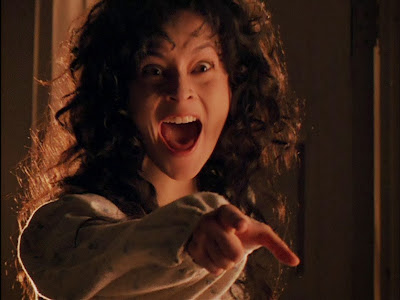 By now, Jack Finney's brilliantly-conceived The Body Snatchers which was serialized in Collier's and originally published as a novel in 1955, has seeped in national consciousness.  Don Siegel's chilly 1956 Invasion of the Body Snatchers and Philip Kaufman's eerie San Fran dystopian 1978 remake have been two memorable film adapations: both of these are considered two of the finest in the genre.  Abel Ferrara, the scrappy filmmaker of Bad Lieutenant, The Driller Killer, King of New York, and Ms. 45, made his own version of Body Snatchers in 1993, set upon a military base in the American South.  While not as vivid and urgent as the predecessors, Body Snatchers still has some things to offer.  Made after the denouement of the Gulf War, Ferrara's film has a lingering sense of dissatisfaction with the American military and rabble-rousing groupthink.  In order to run some tests on the ecological effects of the military, an EPA agent Steve Malone (Terry Kinney) moves his second wife Carol (the incomparable and appropriately kooky Meg Tilly), and two kids (Gabrielle Anwar and Reilly Murphy) to the base.  Immediately some strange going-ons happen as daughter Marti starts to hang out with rebel teen Jenn (bleach-blonde Christine Elise, who I forever associate with slipping Brandon Walsh "euphoria" on "90210") and flirt with helicopter pilot Tim (former Bruce Weber model and Lost Boys alum Billy Wirth, looking fine here).  Marti soon catches on that the base has been invaded by plant-ish alien life forms, with tentacles resembling pad Thai noodles, who duplicate bodies, creating an all-new soulless species. 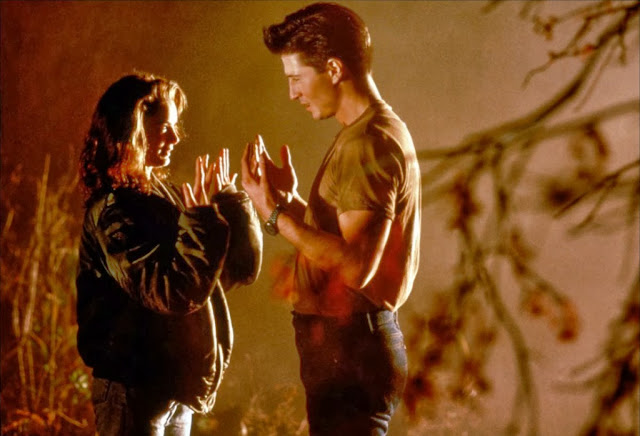 Supposedly there was some tension between Ferrara and Warner Brothers which wanted to make something more mainstream and Hollywoodized.  Body Snatchers oddly begins almost exactly like 1987's Dirty Dancing which I couldn't figure was some sort of ironic jab or something the studio wanted for a comforting intro.  The plot ends up feeling a bit pedestrian because it's similar to its superior predecessors.  It didn't do well at the box office upon release but looking back one can see how it's one of the better flicks of  90s horror--a decade that wasn't so fruitful for the genre. With golden, washed-out coloring, cloudiness in subject matter and presentation (it's the first film to be shot with Arriscope anamorphic lenses) and its pretty funny climatic scene involving the two siblings, Body Snatchers remains an interesting, enjoyable, and fast-paced watch.  Also Forest Whitaker figures as a Major who has a major sweaty, panic-stricken near-breakdown. ***