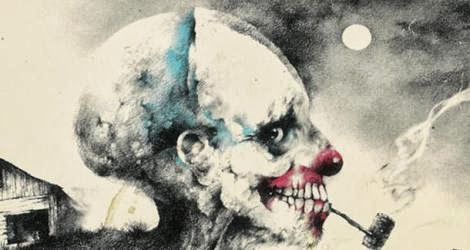 Jerome Murphy offers up a fun and ghoulish journey back to some memorable, creepy book covers of childhood.


Long, long ago—in a galaxy far away—book covers were works of beauty, designed to entice the imaginations of a wide reading public. Let us look, as Prospero said to Miranda, into the “dark backward and abysm of time.” Before photoshopped teen models … before movie tie-ins … before our e-readers – to an age when mass market book covers were almost as good –often better – than what awaited readers inside. 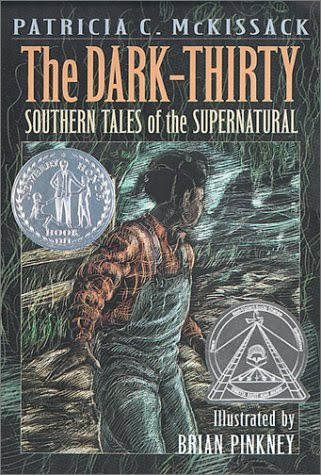 10. The Dark-Thirty: Southern Tales of the Supernatural by Patricia McKissack

Hell yeah, you best be lookin’ over your shoulder with all that cross-hatching coming after you. This cover has the rare distinction of explicitly featuring an African-American. Even better, Brian Pinckney’s moody, Caldecott prize-winning illustrations throughout made this one a winner. 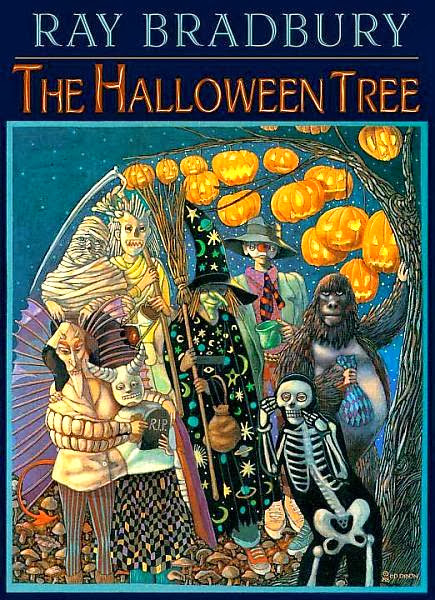 9. The Halloween Tree by Ray Bradbury

This cover basically looks like a young child’s imagination at Halloween. Which is to say, like an acid trip. It fit the kaleidoscopic journey of the characters who explore Halloween customs around the world. 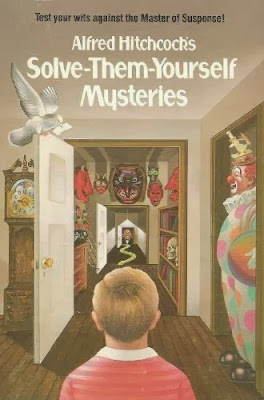 Where are this kid’s parents? 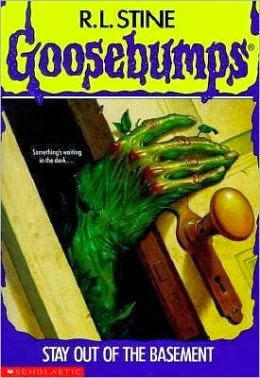 7. Stay Out of the Basement by R.L. Stine

The best of the Goosebumps covers captures the sheer cheesetastic fun of Stine’s phenomenally popular series. 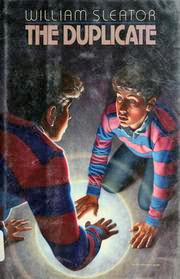 6. The Duplicate by William Sleator

Oh, come on. COME ON. Look at that cover. What should have been cartoonish is totally unsettling and eerie. Long-sleeved horizontal stripes are a big part of that. 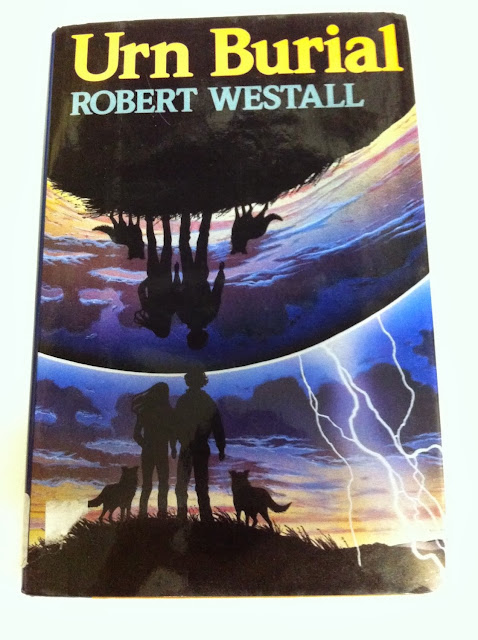 Now, that’s a cover. The underrated Westall crafted the kind of careful, literate YA fiction that’s out of fashion these days. This out-of-print title, about a Scottish teen shepherd uncovering an alien burial site and reigniting an ancient interstellar war, is worth the effort to track down. 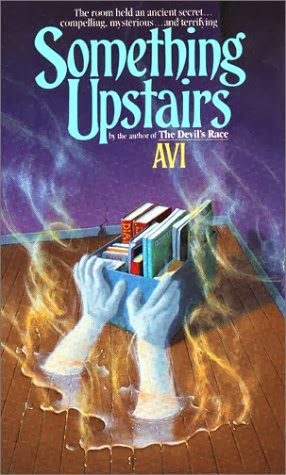 4. Something Upstairs by Avi

This cover was educational—is a ghost a solid, a liquid, or a gas? 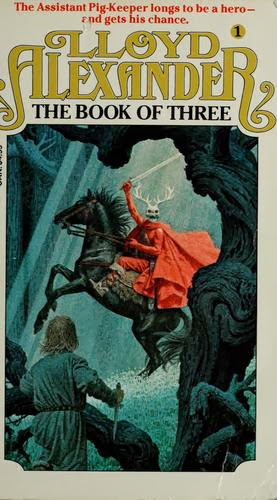 3. The Book of Three by Lloyd Alexander

You’d think The Black Cauldron would boast the standout art of Alexander’s famous series, but this title presaged the 70’s "Dungeons and Dragons" aesthetic with nightmarish aplomb. 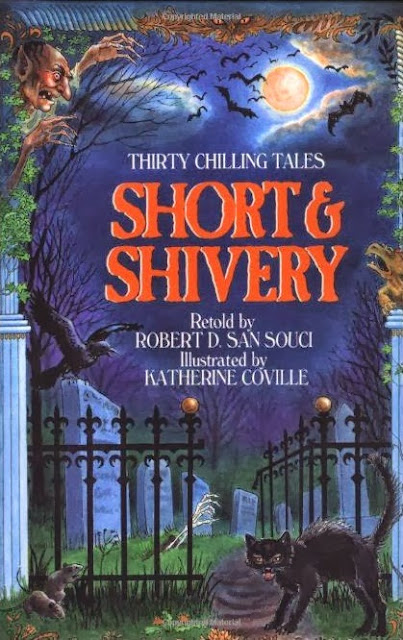 Tales from the Crypt, for Kids. 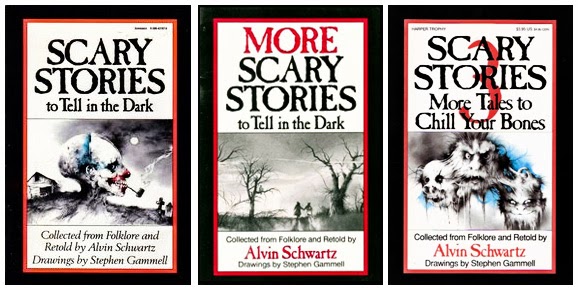 1. Scary Stories to Tell in the Dark by Alvin Schwartz

The leader, by a mile, of all spine-tingling children’s book covers. You remember these, don’t you? And this cover art was practically "My Little Pony" compared to the pictures inside. Most frighteningly of all, these titles have been reissued with Harry Potter-style illustrations, which ought to raise a blood-curdling cry … of outrage.

Next up: teen edition. R.L. Stine, Christopher Pike, and some deep cuts.

Posted by MrJeffery at 5:35 PM