not of this earth 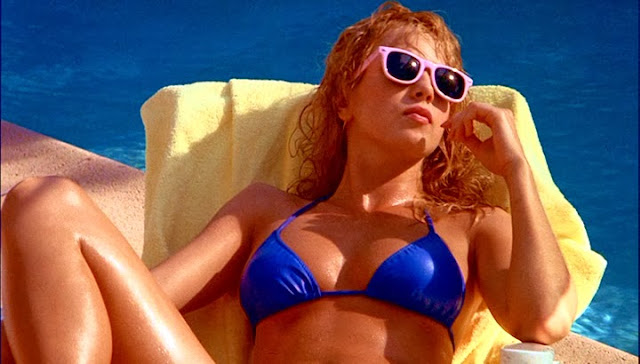 Schlock-auteur Director Jim Wynorski made a bet that he could remake Roger Corman's 1957 flick Not of This Earth on a comparable budget to the original. The result is delirious 80s sleaze with shamelessly objectified adult film star Traci Lords in the lead.  Stilted line readings and goofy special effects galore as Nurse Nadine Story (Lords) is sought after by an alien vampire (Arthur Roberts) to tap the earth's blood supply. 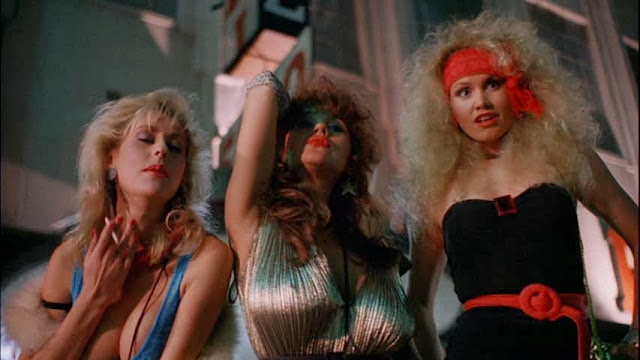 Not of This Earth is full of booby-shots, squiggly bleeps and blips on the soundtrack and sheer goofiness and it wears its B-movie wheedling a bit too obviously on its sleeve. Highlights are probably the busty trio of gum-smacking prostitutes and Lords, obviously knowing what she's in for (it's the last film she's appeared nude in), slinking about in a blue bikini and soft pink Ray Bans (which end up playing a pivotal role later). Funny in the first half, with a ridiculous credit sequence spliced with scenes from other Corman flicks, the movie runs out of steam pretty quickly and it's not as economical and focused as one of my horror faves Chopping Mall, also directed by Wynorski, but it's fairly satisfying nevertheless like an atomic diner cheeseburger. This is pretty much for Lords, Corman or camp aficionados only. **

Posted by MrJeffery at 4:17 PM