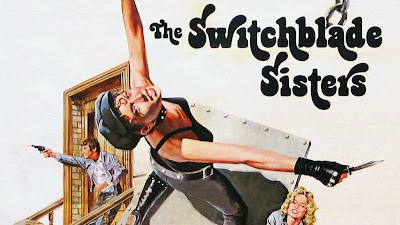 "I lost my eye for this gang, remember?"

Exploitation auteur Jack Hill's (Foxy Brown, Coffy) Switchblade Sisters is a spunky and crude Shakespearean female gang drama centering upon the Dagger Debs. Ringleader Lace (Robbie Lee) recruits newbie Maggie (Joanne Neil) to their clan, much to the dismay of Lace's longtime sidekick Patch (Monica Gayle). Lace's man, the leader of the Silver Daggers (Asher Brauner) has his eye on Maggie and inevitably, envious Patch stirs up stories and exaggerations to cause strife. 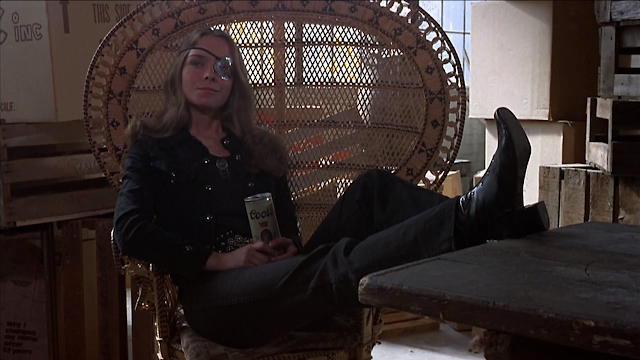 It's easy to see why this film is one of Quentin Tarantino's favorites. From the humor and casualness of its violence (guns and blades galore; rollerink massacre scene) down to Elle Driver's eyepatch, there's a lot of referencing in Tarantino's work from this movie. Teeth-gnasher Robbie Lee, with her gravely birdsong voice (she'd later voice for Rainbow Brite!), is able to convey both toughness and vulnerability.  She first appears steely in her leather newsboy cap and high-boots; as she loses power throughout the film, she takes on the plain attire of any ordinary schoolgirl. Maggie is cool, quick and confident and beautiful with bruise-like purple blushed cheeks.  Patch is the most interesting character, her butterfly-adorned eyepatch suggesting deeper symbolism about duality and bias; Tarantino has referred to her as the Iago of the story.  This, along with some of Hill's 1970s exploitation movies are notable and unique for their complicated, clashing characters and their strong female perspective. It smartly upends its bag of male-driven traditional references (50s and 60s motorcycle movies, Shakespeare tragedies) and creates its own universe. *** 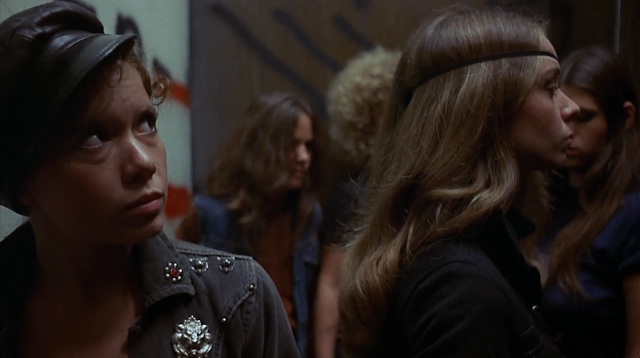