workin' at the car wash 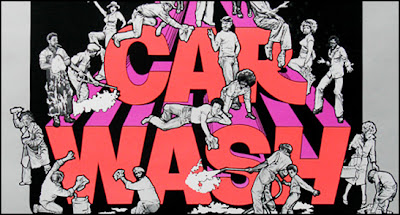 In Car Wash, black filmmaker Michael Schultz (Cooley High, Which Way is Up?) offers up a vibrant day in the life at Mr. B's (Sully Boyar) Dee-Luxe car wash in L.A. This 1976 flick wasn't a big hit upon release but has caught on in subsequent years on television.  Today there's a lot of remarkable aspects to it, including the dynamite ensemble, the soundtrack (incredible, catchy songs by Rose Royce, including the title track which hit number one and is still an enduring classic), and Schultz's and cinematographer Frank Stanley's dynamic film-making.  I loved the use of color--those rich oranges, reds, yellows and pale blues--which make the movie a visual treat; also their repetition emphasize the vibrancy the characters try to bring out of their monotonous lives. 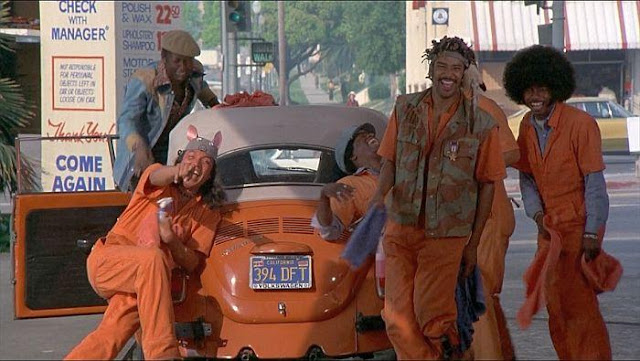 The film is notable too for some of its depictions: Richard Pryor figures briefly as Daddy Rich, the founder of the Church of Divine Spirituality with The Pointer Sisters in tow; Lindy (Antonio Fargas) is gay and breaks male gender norms (one memorable line: "I'm more man than you'll ever be and more woman than you'll ever get."); and Duane (Bill Duke), who wants to be referred to as Abdullah, is interested in more militant politics.  These identities collide in a screwball comedy setting in sharp, sometimes unpredictable ways. As many of the characters yearn for a better existence, the comradeship of the crew ends up being deeper than their differences. 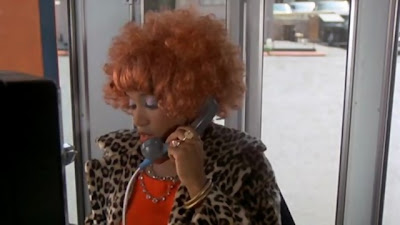 With all these strengths, it makes the weaknesses of Joel Schumacher's script more glaring; the dialogue and gags are more tepid and unfunny than they should be. But the movie is sort of sad in a way too--in a disarming moment, Duane cries at the end, saying that he can't take another day of "the clown show" and comes to a moment of understanding with old school Lonnie (Ivan Dixon). Throughout, the talented cast does their best to fill in gaps with their charisma.***


Also check an interesting perspective from Rose "Bams" Cooper of 3 Black Chicks in her review of Car Wash: "I am left with the uneasy feeling that overall, Car Wash failed to offer more than a brief - and, if one looks at it closely enough, rather sad - glimpse back to the Spectacular Seventies. Back in the day, I might have found Car Wash a lot funnier than I did today. But maybe that says more about me, than it does about this movie."

The music in the film was pre-recorded so the cast could listen along and it truly makes the soundtrack an integral part of the movie.  I loved this moment between Tracy Reed and Franklyn Ajay set to the smooth "I Wanna Get Next to You."