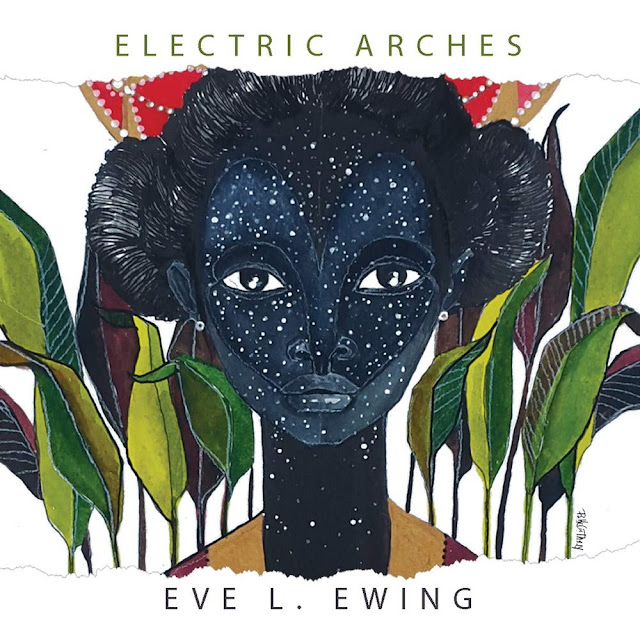 Eve L. Ewing's Electric Arches is one of the more structurally unique books I've come across in some time. I'm late to it as it came out in 2017, but I'm glad I found it. Loose, lively and observant poems are paired with visuals of scrawled handwriting and artwork (like a dryly amusing chalkboard of a teacher's "agenda" in cursive which leads into a stunning piece: "Requiem for Fifth Period and the Things That Went On Then"). It is a beautiful, fun book, much of it rooted in Chicago childhood, with bruises of pain. "appletree" struck me in particular. It rides through the perspective of the speaker's life on the vibe of Erykah Badu's Baduizm. The apple tree is a Biblical reference too, of course, a where-it-all-began moment; later in another poem, Ewing writes "... there was Eve, my own / namesake. The first black woman who ever / lived. She was the first person on this strange sunlit planet to know anything at all, though she / paid for it with terrible cramps." This feel of knowing and being a black woman and the pain and cost that exists with it is what is most palpable in Electric Kingdom. There is comedy too that sears and cuts. In the amazing "Ode to Luster's Pink Oil," (I love, by the way, how this youtube reader describes why this poem speaks to her so much) she writes "nor are you free of anything: / paraben- sulfate- hassle- free. / no, friend. you cost." In "True Stories about Koko Taylor," a deft tribute, again Ewing invokes both the pain and the comic: "She wished to be born again, under a good sign. / She wished for a better jukebox." Ewing's poems have stirring rhythms and sounds. There's a density to this collection and so many surprising shifts, that it is hard to capture all it captures on a first read on this rainy day. Will be turning back to it. Hope you find it too if you haven't yet!