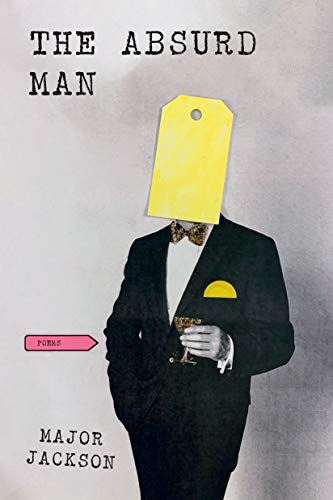 When opening up Major Jackson's The Absurd Man, I randomly landed on a section that ultimately felt like the heart of the book. In part 7 of "The Absurd Man Suite," the speaker gives us a litany of all the things "grandfather would be ashamed of." I love the images here and the dichotomy of two different men: "I am sure he'd smirk at the sight / of fresh cut flowers delivered at my door..." Many of the poems throughout speak of identity through the lens of others or through the eyes of oneself. I am attracted to poems which deal with self and specifically doubling, so the opening piece, "Major and I," felt particularly revelatory.  "The other Major flies in his daydreams / which means he's collecting a paradise / of mirrors where I sit studying the prose / of Toomer, Morrison, and Faulkner. Latinate / though he is, master of the outside, he digs / the gangster lean and is more thankful / than a sunroof top." There are many flowers, bouquets which bloom throughout the book--and serve as distinctive metaphors. The book is about journeys as well, not just the personal, but the physical--from Washington Square to Paris to the Adirondacks and a particularly distilled, lovely Vermont poem. Like the "person" poems ("Double Major"), the locations are fractured in a way through other lenses, perspectives. All of this and more makes this another sparkling and fascinating collection from Jackson.