some say the lark 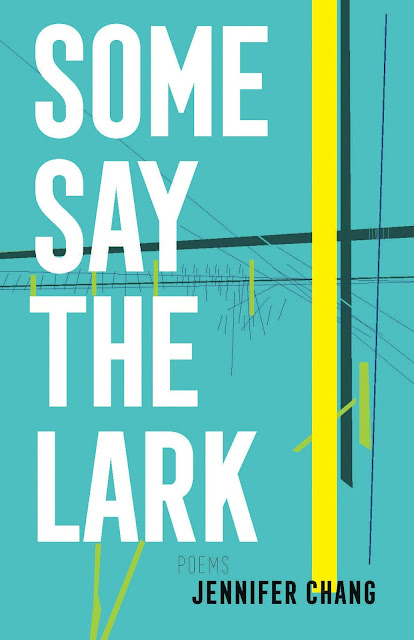 Welcoming Jennifer Chang's Some Say the Lark on this day. The lyric poems, scholarly-tinged, are dense but parsed out in spare lines. There is bluntness and philosophical questioning in much of the book, as in the widely-shared poem "Dorothy Wordsworth."

Perhaps in the immediate era of Tiger King, which showed clips of the incident of animals running free in Zanesville, Ohio, the poem "Freedom in Ohio" is on my mind. "My terror is not secret, / but necessary, / as the wild must be..." The poem eloquently aligns the speaker's aging (a poem "on my birthday"), wildness, and animals roaming in bewilderment.

In writing about collections of poetry over the past few days, I am recognizing the difficulty in crystallizing my thoughts on poems.  In "About Trees": "A poem has nothing to do with fact, / though both are made things. / I explain that trees know / certain facts, but what poems." Why is it that film criticism comes much more swimmingly easy for me? Is that films are inherently simple to pinpoint and hold-in-place, whereas poems freeze and thaw in states of clarity and opaqueness? Still, the joys and pain I find in both art forms are similar. In "The World": "Why must every winter / grow colder, and more sure?"