let the circle be unbroken 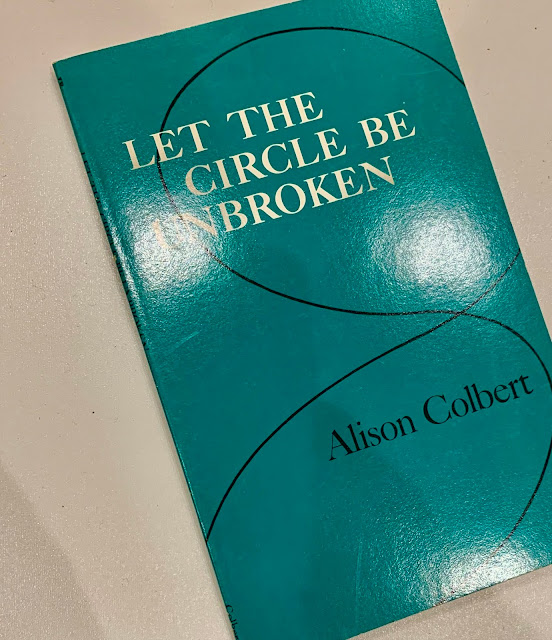 What I like particularly about Alison Colbert's collection of poems, Let the Circle Be Unbroken, is how of the time it was written it is. Published by Women Writing Press in 1976 and with poems dated between 1970-1974, Colbert addresses topical subjects of the era including protests against Nixon and the Vietnam War. These poems, mostly distinctly-set in the city, are written in a way that feels immediate. They also address concerns of female artists. In "Anne Sexton a Suicide," there's a push-and-pull, repetitive nature in the poem of praise and also hope to move past "women famous for violence of poetry, selling self-hatred." "The circle" becomes a place for women to "sit upon the ground and tell sad tales about the death of queens."

Perhaps the most potent pieces are towards the end which are elegies for her brother who died in an car accident. That push-and-pull continues here as well in the vacillating between the tragedy itself and the mundane objects that surround it: bills for the plot, clergy gratuities, limos. 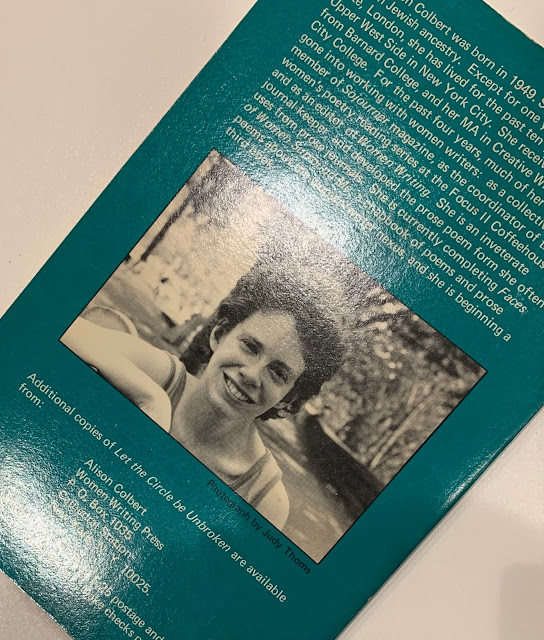 I picked up this tiny, teal paperback, with its plain cover and an open-faced, grinning Colbert on the back, second-hand in Provincetown. I like finding books like this, especially when the poems are as skillfully rendered as these--books that belong to another time but still feel alive.


-Jeffery Berg
Posted by MrJeffery at 9:44 AM